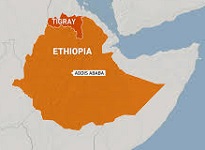 The Government of Ethiopia issued a statement on Tigray Region expressing its concern over “unsubstantiated and politically motivated misinformation that is being extensively shared by several actors about the situation in Tigray.”

Below is the full statement. “A call for much needed assistance to the people of Tigray needs to be extricated from other political motivations and partisan support whose sole purpose is aimed at undermining the sovereign powers and responsibilities of the government. The following updates provide an overview of developments in the region.”

“Humanitarian Assistance: Unlike the prevailing and inaccurate narrative that purport vast parts of the region are inaccessible, the Federal Government in partnership with international and local organizations has made significant progress in delivering humanitarian assistance to care for our citizens in Tigray.“

“As at today (Wednesday), 3.1 million people have benefited from the humanitarian aid distributed in 34 woredas/districts out of 36 in the region. The Government’s contribution to humanitarian assistance is maintained at 70 percent while international partner’s share of assistance is 30 percent. The delivery of non-food items is also underway with the support of 10 international NGOs; and to ensure effective delivery and response, 10 clusters have been established based on international standards.”

“Humanitarian assistance efforts thus far have been coordinated based on a joint assessment done by humanitarian experts, including those from partner countries and agencies, which considers the likelihood of a worst-case scenario. Therefore, the 3.1million supported to date, also include beneficiaries identified as food insecure prior to the rule of law operations and that were under the Productive Safety Net Program.”

“Humanitarian Access: As a sovereign country, while we welcome the concerns and tangible contributions of our international partners for a much-needed humanitarian support, coordination of humanitarian assistance remains the mandate of the Federal Government, facilitated by the Ministry of Peace.”

“Per the joint protocols established in delivering humanitarian assistance, more than 135 personnel of bilateral and multilateral aid organizations have been provided clearance to travel and undertake assistance work in the region. There are now 29 international organizations working on the ground under the Emergency Coordinating Committee (ECC) who are also members of the Incident Command Post. The Incidence Command Post serves as a focal point for the ECC to ensure that humanitarian aid reaches the people in need through the established structures.“

“Media Access: Considering that the Tigray region was placed under a state of emergency, access to the region has been based on adherence to state of emergency protocols. While both local and international journalists were provided access as early as November 2020 to cover the active phase of the rule of law operations and have filed reports from the region, allegations that the region was subjected to ‘no media’ access is a false representation of the situation.“

“Under the current phase, access has been granted to international journalists from 7 international media agencies. These include AFP, Al Jazeera, New York Times, France 24, Reuters, BBC and Financial Times. Human Rights Investigations: The Government of Ethiopia takes seriously allegations of human rights violations and has set up mechanisms to investigate and bring to justice perpetrators of alleged human rights violations committed, including sexual violations.”

“Perpetrators and those who harbour criminals will not escape justice and will be tried in the court of law. This includes crimes committed by more than 10,000 criminals that were imprisoned in the region and set loose by the fugitive criminal clique. Independent investigations have also been carried out and the results made public by the Ethiopian Human Rights Commission, for which remedial actions will be taken by the government.”

“Disinformation: The Government of Ethiopia is cognizant of the overt and covert misinformation campaigns that have been launched against it in relation to the rule of law operations undertaken. The criminal clique’s well financed networks abroad continue to employ the use of digital media and other means, to portray an exaggerated or misleading account of events unfolding on the ground.”

“Statements and press releases being issued by partner agencies and countries that reflect an uptake of this disinformation campaign show callousness and indifference to the prevailing reality on the ground. Rather, they need to reflect the real progress made on the ground. The Government of Ethiopia strongly wishes to reiterate its commitment to ensure the safety and wellbeing of its citizens in Tigray and advises all actors to beware of the misinformation campaign launched against it by those with hidden political motives.” 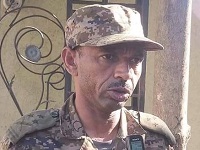