The Federal Court of Ethiopia has said it has issued arrest warrant to bring to justice the members of the Tigray People Liberation Front (TPLF) junta, who are wanted for treason and armed rebellion against the government of Ethiopia.

Among them are the old guards and some of the founders of the TPLF, such as Sibhat Nega, Abay Tsehaye, known as Monjerino, and Fetlework Gebregziabher, whose brother is a tycoon in Dubai engaged in various businesses including military equipment supplies, among others. The charges against the individuals include grand corruption, human rights violations and engaging in related terrorist activities.

The arrest warrant has come hours after the Ethiopian parliament lifted amnesty of 39 members of the parliament who were representatives of TPLF. Since last week, government reports show that Ethiopian army has been in a military confrontation with the TPLF militias who invaded a northern military command base in Tigray region to rob military artilleries and massacred many soldiers and civilians.

The TPLF, which has been on power in Ethiopia from 1991 to April 2018, has refused to be part of the ruling coalition after Abiy Ahmed is elected by the coalition. meanwhile progressive leaders in the TPLF have decided to joint the rebranded Prosperity party led by Prime Minister Abiy Ahmed.

The ongoing military operation by the federal government aims not only to bring the fugitives to justice but also to liberate the people in Tigray, which has been suffering from the dictatorship of the TPLF, which about a month ago claimed winning 100 percent election in Tigray violating federal government’s postponement of the election because of the global pandemic – COVID-19.

In its statement sent to the state broadcaster – ETV, the federal police has urged the people of Tigray and the militias, which includes teenage boys, “to collaborate in the attempt to arrest the fugitives, whose children are living abroad” 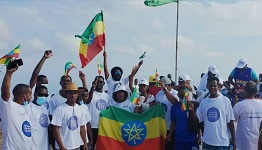 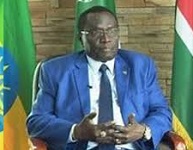 Eritrea set to dispatch delegations to Ethiopia for negotiations