Amnesty International, the global human rights advocating group, accused the government of Ethiopia for severe violations of human rights from rape to torture under the regime of the reformist Prime Minister Abiy Ahmed who came to power two years ago.

The security forces of Ethiopia have burned homes to the ground, enraged in extrajudicial executions, rape, arbitrary arrests and detentions, sometimes of entire families in Oromia and Amhara regions of the country, Amnesty said in its report today. The security forces enaged in such human rights violations in response to attacks by armed groups and containing inter-communal violence as an excuse, according to Amnesty.

In a new report, Beyond law enforcement: human rights violations by Ethiopian security forces in Amhara and Oromia, Amnesty International documents how security forces committed grave violations between December 2018 and December 2019 despite reforms which led to the release of thousands of detainees, expansion of the civic and political space and repeal of draconian laws, such as the Anti-Terrorism Proclamation, which were previously used to repress human rights.

“The Ethiopian authorities have made notable progress in changing the country’s bleak human rights record. However, it is unacceptable that the security forces should be allowed to carry on committing human rights violations with impunity,” said Deprose Muchena, Amnesty International’s Director for East and Southern Africa.

“With elections on the horizon, these violations and abuses could escalate out of control unless the government takes urgent measures to ensure security forces act within the law and remain impartial in undertaking their duties.”

In 2018, Prime Minister Abiy Ahmed’s government lifted a ban on opposition parties, some of which had been designated terrorist organisations and forced into exile, allowing them to take part in elections initially scheduled for August 2020 but postponed due to COVID-19.

In trying to mobilize support, politicians have however been stirring up ethnic and religious animosities, sparking inter-communal violence and armed attacks in five of the country’s nine regional states; Amhara, Benishangul-Gumuz, Harari, Oromia and the Southern Nations, Nationalities and Peoples Region (SNNPR), and in the Dire Dawa administrative state.

Complicity in the killings

Tensions have been high in Amhara after the Qimant, a minority group, voted for their own autonomous administrative unit in September 2017, resulting in clashes between the Amhara and Qimant communities. Amnesty International’s report reveals that the Liyu police, local administration militia and two Amhara youth vigilante groups joined forces to attack members of the Qimant community in January 2019, and again in September-October 2019, leaving at least 100 people dead and hundreds displaced. Qimant homes and property were also destroyed.

From 10-11 January 2019, the security forces and vigilante groups attacked a Qimant settlement in Metema with grenades and guns and set homes on fire. Fifty-eight people were killed within 24 hours as soldiers in a nearby camp failed to respond to cries for help. Flyers and leaflets telling Qimant civil servants to leave the area had been circulating since September 2018, but the authorities took no action.

Dinqie Tekeda, 25, escaped from her burning house with four of her brothers and a cousin only for Amhara guards at Bunna International Bank, where they had sought refuge, to expose them to vigilante youths. “Armed Amhara youth came and killed three of my brothers and my cousin and wounded my other brother. They killed them at point-blank range while I watched. They died instantly,” she said.

Another attack on 29 September 2019 left 43 more Qimants dead and 12 injured. At least one family was burnt alive in their home, a witness told Amnesty International. “Just 100 metres from my home, the youth burnt Endihnew Nega, his mother, his sister and her baby at around 10pm,” Tsedal Abate said.

Businessman Abebe Tilahun, 38, sustained multiple injuries after a grenade was hurled into his house and the house set on fire forcing him out into a barrage of gunfire that hit his shoulder and hand. “I saw the Amhara Police Special Force and the local militia attacking the Qimant neighbourhood together with the Amhara vigilante youth. They were going from home to home to kill Qimant people,” he said.

Extrajudicial executions
Amnesty International documented the extrajudicial execution of at least 39 people in Oromia including 17-year old Seid Sheriff who was shot in the head outside a café in Harqelo, Goro Dola for allegedly alerting a motor-bike driver of an impending arrest.

Three other men – Debeso Megada (27), Ararso Gobena (16) and Qalicha Jarso (22), were killed while riding on a motorbike in January 2019 in Duqisa Megada kebele, Dugda Dawa. And yet another man, Aga Uddessa, was shot dead on 3 February 2019 as he rode past the Command Post in Harqelo, Goro Dola.

In Finchawa, Dugda Dawa, two truckloads of soldiers drove into town on 28 December 2018, and indiscriminately shot at people for an hour, killing 13. Witnesses told Amnesty International the attack was in retaliation for a soldier stoned to death three weeks earlier.

“The authorities must immediately stop these horrific killings. They must also ensure that those responsible for these callous and brutal acts face justice,” said Deprose Muchena.

Brutal beatings, lifetime scars
At least 10,000 people, including entire families, were arbitrarily arrested and detained in 2019 as part of the government’s crackdown on armed attacks and inter-communal violence in Oromia Region. They were accused, but never charged, for “supporting, sharing information with and feeding” members of an armed group calling itself the Oromo Liberation Army (OLA) that splintered from the Oromo Liberation Front’s (OLF) military wing.

“When the soldiers couldn’t find my neighbour, Geda Shoda, who had already fled to avoid arrest, they took his wife with her six children,” said Boru Halalkie.

Many people were arrested multiple times, some detained for up to five months and put through political indoctrination to compel them to support the ruling party. Most were subjected to brutal beatings. For Momina Roba, who was beaten while four months pregnant, the ordeal ended in a miscarriage.

“I was beaten on the day I was arrested and the next day. I told them I was pregnant when they were beating me. But they said it does not matter whether I am pregnant or not. They said they may even kill me,” she said.

Ebise Eba was arrested in January 2019 by two local administration security officials who took her to the Duqisa Megada administration office and raped her. They said if she did not sleep with them, they would hand her over to EDF soldiers and she would be killed. “One of them, I only know his nickname ‘Qeyo’. He is from the kebele peace and security department. The other is the commander of the militia in the kebele,” she told Amnesty International.

“It is completely unacceptable that those responsible for protecting lives are unashamedly and deliberating destroying lives and families. The authorities must ensure that security officers responsible for these crimes are brought to justice while all the country’s security forces are provided with human-rights centred law enforcement training,” said Deprose Muchena.

Forced evictions, burnt homes
Since March 2019, security officers forcibly evicted at least 60 families from Oromia’s East and West Guji zones by burning down homes, often while families were inside, leaving them stranded homeless. Amnesty International further confirmed that another 300 families were forcibly relocated from their rural homes into peri-urban areas leaving being everything – household items, harvests and crops on farms.

“We are not able to come back though this is the season for harvesting coffee. We sent elders to petition the local officials to allow us to return. They told the elders we cannot return since we support (OLA),” Faysal Udo said.

“Failure to prevent inter-communal violence and the use of unlawful force by security forces against ordinary people in response to either inter-communal violence or armed attacks is tragic. Law and order measures should never harm people or deprive them of their livelihoods driving them into poverty. The authorities must ensure all evicted and relocated families can immediately and safely return to their homes and farms,” said Deprose Muchena.

“The authorities must also recognize that holding diverse political views and opinions is legal. Everyone has the right to choose whom to support and these rights to freedom of expression must be guaranteed, upheld and protected. The authorities must stop killing and criminalizing people for their political choices.” 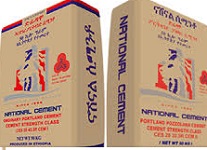