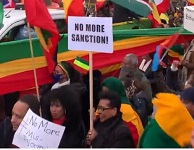 BY ANDUALEM SISAY GESSESSE – Most of the latest actions and decisions of the United States and its Western allies in some African countries, mainly in the Horn of Africa, shows how eager they are desperate they are about stopping Chinese presence in the continent. A few days ago, after completing his official visit to Ethiopia and a few African countries, U.S. special envoy to Horn of Africa, Jeffery liftman, denied that the allegation that his government is supporting the terrorist group in Ethiopia – Tigray Peoples Liberation Front (TPLF).

Following his statement, a leaked secrete video conference involving former U.S. and European Union Ambassadors to Ethiopia shows how far, the United Sates and its allies mainly including Great Britain and France are willing to go to overthrow a democratically elected Government of Ethiopia.

The Zoom meeting this past Sunday was aimed to encourage and try to help the TPLF. At the meeting, “I hope that you’ll have military success fairly soon, because it seems as if the situation is only becoming more drastic,” said Vicki Huddleston, who was Chargé d’Affairs ad interim in Ethiopia during years the TPLF were in power.

During the meeting, France’s retired diplomat and writer Stéphane Gompertz openly speculated on the potential for Abiy to be forced from power. “Even if Abiy sticks to his guns, which unfortunately he seems to be doing, you either hope that people around him either in government or in the military realize that this is going nowhere and might force him to, well, accept the cessation of hostilities or force him to step down?”

Donald Yamamoto: “Abiy is not listening… Obasanjo has not been extraordinary helpful or very active, and so are there any other opportunities that you see?” Former EU ambassador to Ethiopia Tim Clarke admitted that all of the attendants “maintain contacts with our former employees. Just the other day I was talking to the existing EU ambassador to Ethiopia.”

Following the leak, yesterday the United Sates Embassy, which has been urging its citizens to leave Addis Ababa immediately for the past few weeks, has issued a statement indicating that terrorist attack is planned in the capital. Some Ethiopians on social media took the statement of the Embassy as the statement of a terrorist group.

They argued that the intention of the statement was not to help the American citizens living in Ethiopia, it is rather aimed at scaring the inhabitants of the city and the diplomatic community.

These critics considered the statement as the continuation of the U.S. and its allies’ media propaganda machines such as CNN, AP, Reuters, which a few weeks ago claimed that Addis Ababa is surrounded by the TPLF forces within 25 kilometers radius.

The majority of Ethiopians, who are already aware how the interference of the United States has destabilized several countries in the past few decades, say the latest warning of the U.S. Embassy in Addis Ababa is to create chaos and destabilize Ethiopia and the horn of Africa in general by bringing back to power its former terror partner in the region – TPLF.

Recent history has shown us that creating chaos and destabilization across the border from Libya, to Yemen, Syria to Afghanistan, is the primary objective of the United States, especially whenever the Democratic Party comes to power.

Indeed, had the motive of the terror warning been genuine and the Central Intelligence of America (CIA) has credible information about the planned terror attack in Addis Ababa, it was easy to inform the security agencies of a legitimate government of Ethiopia.

The latest desperate move of the United States and its allies is making many Ethiopians and Africans to open their eyes and ask the basic questions, who is behind the terror groups – al- Shebaab, Boko Haram, and other terrorist groups?

I remember one of the documentaries produced by Aljazeera a few years ago when TPLF was on power in Ethiopia, how al-Shabaab gets weapons in Somalia from Ethiopian troops embedded by TPLF discretely.

As U.S. always has to find a reason to get a strategic presence including military base or some kind of partnership in a certain strategic area of the world. For the Horn of Africa, al-Shabaab has to be created by TPLF and the CIA.

West Africa, fighting illegal fishery and the creation of Boko Haram, For Southern part like Mozambique, which also recently announced huge crude oil reserve, the terrorist group ISIS has to be created by the U.S. and its allies.

Democracy, human rights, humanitarian assistance are also often common pretexts for the United States and its allies to meddle in the internal affairs of African countries and beyond.

But what is the real genuine interest of the United States and its allies in Africa? It is fighting the expansion of China, which is set to takeover world economy leadership from the U.S., and the emerging influence of Russia in African continent.

Why Africa? Because Africa is the engine of the future global economic growth be it with its huge and diverse natural resources, and or human capital and the biggest common market with over 1.2 billion people.

We are recently witnessing a dumbfounding orchestra. Some of our partners are busy trumping up an " Evacuate soon" mantra feigning they really are panicked. When we ask them to even partially leave, they begin to hastily lament that it's too soon and unfortunate.


So, the purpose of the interference of the United States in Africa is to destabilize the continent – by region, the Horn, Western or Southern Africa, and by country through facilitations of coup like, we have seen in Mali, Sudan, among others.

But such coup isn’t easy in Ethiopia for the United States without the help of traitors like TPLF since Ethiopia is a symbol of independence by many people of color (Black) across the world and it was never colonized before, during and after the scramble for Africa.
Therefore, dismantling Ethiopia, Sudan and the greater Horn of Africa by any means is now what the United States and its Western allies are doing.

As we see in this leaked video discussion, the plan of the United States and its Western Allies is to bring back to power their old partner and puppet – TPLF – back to power. The U.S. and its Western allies hope that the ethnic federalism and the constitution, which they gave to TPLF when it came to power in 1991, can help them to tear the country into pieces.

If they achieve to do so, Ethiopia can easily be divided into nine to 11 small countries, which can be easy to led by puppet leaders selected by CIA and signed deal in Washington recently to overthrow a democratically elected Government led by Prime Minister Abiy Ahmed.

That is why the United States and its Western Allies hate the latest move of Prime Minister Abiy to create peace with Eritrea and Somalia’s presidents and promoting economic and political integration in the Horn of Africa.

The U.S. and its Western allies are mad at Abiy Ahmed just because he has unified Ethiopians and because TPLF unexpectedly lost its political and economic dominance in April 2018 before completing their project of dismantling Ethiopia. As the leadership of TPLF as witnessed on November 3, 2020 by their devil act of massacring the Ethiopian troops while they were sleeping, ruled the country they hate – Ethiopia.

Hence, these traitors, are still willing to do what it takes to serve the national interest of the U.S. and its Western allies in the Horn of Africa at least for now.

These TPLF allies if they come to power, they day dream to create ‘the Great Tigray Empire’ by grabbing land from four regions of Ethiopia, including the area where Great Ethiopian Renaissance Dam (GERD) is being built with the money collected from pockets of all Ethiopians – from the very poor to the very rich. To realize its aim of destabilizing the Horn of Africa, the United States can’t find a better candidate than TPLF.

And there seem no better opportunity than the current conflict in Ethiopia to destabilize the country for the U.S. and its Western allies if Ethiopia and Horn has to be destabilized and China’s advance and economic activities in the region has be delayed or stopped.
That is why today the U.S. is sanctioning the Government of Ethiopia and Eritrea, which is likely to be followed by Somalia if the current President or the one to be elected after a year says, “Somalia is a sovereign nation”.

The so-called humanitarian crisis in Tigray, aid blockade, human rights, genocide, bla, bla are just coverups and propaganda of the Western media to help the United States and its Western allies dismantle Ethiopia and the Horn of Africa and form small puppet nations in the region.

The Department reminds U.S. citizens of the ongoing possibility of terrorist attacks in Ethiopia. U.S. citizens are strongly encouraged to maintain a high level of vigilance and avoid areas frequented by foreigners. https://t.co/bHIsgUwh3G pic.twitter.com/1idmmYM0rp


Since when does the U.S. and its allies began to care for human being? Is the color of the blood of the people in Libya, Syria, Afghanistan, Yemen, and Iraq, not red?

So, let’s cut the crap! What is going on in Western Africa, the Horn of Africa and South-Eastern Africa is just neocolonialism attempt by the United States and its Western allies using traitors like TPLF and terrorist groups.

By doing so the U.S. is just implementing its latest policy towards Africa – “an African country has to either be a partner for the United States or China – but not to both”, which is disrespect to sovereignty and independence of African countries and violations of international laws.

That is why the latest ‘#NoMore to neo-colonialism’ campaign is getting popular among Africans and the Black community. 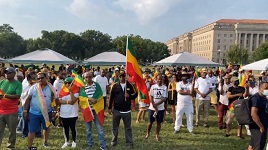 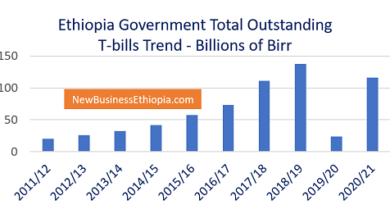