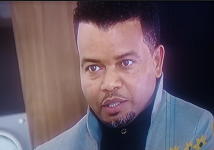 By utilizing its natural gas, coal and iron ore deposits, Ethiopia is set to start production of fertilizer and coal next year, as well as iron ore processing within three years, says Eng. Takele Uma Minister of Mines.

During an interview with state affiliate Fana Broadcasting Corporation, Minister Takele indicated that his Ministry has been closely working with private investors that allow the country to commence fertilizer production in Ethiopia and cut the country’s growing import bill.

“Within three to six years, the Government of Ethiopia has made a serious decision to stop importing fertilizer, coal, water treatment mineral (corium), and fuel…We will not continue importing these products,” he said.

“At the end of Ethiopia’s next year [August 2022], we will not import fertilizer,” he said indicating that the import will be substituted by local manufacturing of fertilizer.

Reports show that currently Ethiopia spends about half a billion dollar every year to import fertilizer from abroad.

The investors are currently in the process of importing the machineries required to start producing fertilizer using natural gas of the country found abundantly in the eastern part of Ethiopia Ogaden area.

The Minister noted that Ethiopia has far much more oil and natural gas reserve than what has been reported by some international oil and gas exploration companies. “The figure we found [related to Ethiopia’s deposit of natural gas and crude oil] are not only better but also promising,” he said.

Eng. Takele indicated that Government of Ethiopia is set to invite big international companies to come to Ethiopia and engage in production of crude oil and do refining within Ethiopia where the deposits are found.

It is recalled though a Chinese company registered in British Virgin Island, has started test production of crude oil in Ogaden Region of Ethiopia a few years ago, not much progress is made in terms of exporting the product to Djibouti via a pipeline. After six years importing fuel to Ethiopia will be history, according to Eng. Takele.

Minister Takele also indicated that Ethiopia has found huge iron ore reserve in different parts of the country with concentration quality ranging from 57 % to 96%. His Ministry is currently approaching potential local and international companies to set up iron ore processing and steel manufacturing in five different locations in Ethiopia where iron ore deposit is found.

“We can install iron ore processing steel factories at least in five to six locations,” he said, indicating that the Ministry is currently selecting potential companies from abroad and within Ethiopia.

Within three years’ time Ethiopia will start processing its iron ore reserve and produce steal, according to Eng. Takele. Reports show that Ethiopia currently imports worth one billion dollars iron and steel.

Eng. Takele indicated that while the country has the potential and the resource to produce coal, it has been spending $275 million every year for importing, according to Eng. Takele.

“We have better quality coal compared with the one we import…We have reserves in Oromia, Amhara, Benishangul Gumz, and in Southern Region,” he said.

Twelve companies have already got product licenses and currently purchasing machineries for their factories, according to the Minister, who indicated that the factories will be operational within one year period.

The demand of Ethiopia is estimated to be around 1.5 million tons of coal. Currently coal is being used in Ethiopia as source of energy to in cement factories. Meanwhile in the future the government also plans to expand its use in iron ore processing and steal factories, textiles and paper factories, according to Eng. Takele.

The Ministry of Mines expects to earn one billion dollars from export of minerals during the current budget year of the country started July 8, 2021.

Last year Ethiopia has earned about $850 million from export of minerals of which about $650 million was generated from gold export. Based on the new law and policy of Ethiopia related to natural and minerals use, every region and locality where a mineral resource is being exploited will get percentage share from the income collected by the federal government of Ethiopia.

Such new a approach and policy of the Government of Ethiopia is expected to speed up and ease mining activities in the country by guaranteeing safety of the investments in mineral rich localities of Ethiopia. 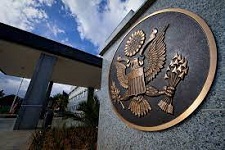 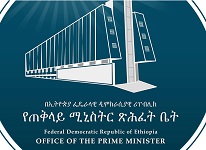