The Global Financing Facility (GFF) in Support of Every Woman Every Child announced this week $1.005 billion.

This will help the GFF partnership on the pathway toward expanding to as many as 50 countries with the greatest health and nutrition needs and contribute to saving and improving millions of lives by 2030.

The event today was an important milestone toward the goal of raising as much as US$2 billion to expand to a total of 50 countries; the GFF is expecting additional pledges from new and existing investors who are considering new multi-year commitments.

The GFF is a catalyst for health financing that is helping countries to transform how they invest in women, children and adolescents because for too long, their health and nutrition has been chronically and persistently de-prioritized and underfunded—resulting in the preventable deaths of 5 million women and children every year. The GFF helps countries in three specific ways:

developing an investment case and implementation plan prioritizing reproductive, maternal, newborn, child and adolescent health and nutrition and a strong primary health care system; strengthening a country-led platform that aligns all key stakeholders around a prioritized health and nutrition plan; and working with countries to mobilize and coordinate the financial resources needed to accelerate progress for the most vulnerable populations in the hardest-to-reach regions.

“Today there is great hope that the world’s poorest countries can build healthy, vibrant futures where no woman, child or youth is left behind. The GFF partnership is effective and efficient—working with countries to develop the capacity to build and sustain the health systems their women and children need to survive and thrive,” said Erna Solberg, Prime Minister of Norway and Co-Chair of the Sustainable Development Goals Advocates.

More than 2 billion people live in countries that spend less than $25 per capita on health. This is less than a third of what is needed for countries to provide basic, life-saving health services for their people.

Through working with the GFF, Burkina Faso, Côte d’Ivoire, Nigeria and other GFF-supported countries have shown that it is possible for all countries to improve their future and invest in the most vulnerable people in their societies by increasing investment in health.

Today in Oslo, Burkina Faso reaffirmed its commitment to allocating at least 15% of its annual budget to improve health; Côte d’Ivoire committed to increasing its health budget 15% annually; and Nigeria recommitted to investing $150 million per year from its budget to sustainably finance health and nutrition of women, children and adolescents. Increasing domestic resources is an integral focus of GFF-supported countries.

“The GFF is about country-ownership—working with countries to set priorities, and drive domestic resource mobilization. These are the GFF’s great strengths. It makes the most compelling case for why countries must lead and put their own money on the table, and it reinforces the prioritization of resource allocation for basic social sectors, particularly the health sector,” said Roch Marc Christian Kaboré, President of Burkina Faso.

Donors and countries today responded to an urgent need for countries to transform health financing in order to accelerate progress on universal health coverage and to contribute to the achievement of the Sustainable Development Goal (SDG) targets of ending preventable maternal, newborn, and child deaths and improving the health and nutrition of women, children and adolescents.

“In 2018, all mothers should be able to protect their own health, and the health of their babies and children. But each day, 830 women die from complications related to pregnancy or childbirth and 450,000 children under five die needlessly every month,” said Kristalina Georgieva, CEO of the World Bank.

“The GFF brings bold new thinking that aims to end this injustice through smart interventions and coordinated finance that can transform the health, wellbeing and life-chances of women, children and adolescents in developing countries.”

Today the World Bank, which hosts the GFF, announced that in just the last three years, $482 million in funding from the GFF Trust Fund had been linked to $3.4 billion in funding from the World Bank’s International Development Association (IDA) and International Bank for Reconstruction and Development (IBRD). The $1.005 billion pledged to the GFF Trust Fund in Oslo today is expected to link to an additional $7.5 billion in IDA/IBRD resources for women, children and adolescents’ health and nutrition.

Additionally, in partnership with the GFF, the World Bank announced that the World Bank Treasury had launched a series of Sustainable Development Bonds to raise awareness among investors of the significant and long-lasting benefits of investing in the health and nutrition of women, children and adolescents, and that these have raised US$935 million since June 2018.

These bonds bring private capital into the IBRD financing pool and serve as an entry point for investors to become aware of the growing opportunities in sustainable investments. To reduce barriers for countries to access these funds, the GFF provides co-financing and loan buy-down grants that enable governments to catalyze public and private funds for investing in the health and nutrition of women, children and adolescents.

A recent peer-reviewed study published in The BMJ Global Health—reflecting the combined efforts that contribute to bending the curve on maternal, newborn and child mortality rates, including by the GFF; Gavi, the Vaccine Alliance; the Global Fund to Fight AIDS, Tuberculosis and Malaria; UNAIDS; FP2020.

And other partners—estimated that countries can save as many as 35 million lives by 2030 if global health investment continues to grow at current rates and if other global health initiatives hit targets, and if the GFF partnership can extend its reach and help all 50 countries with the greatest health and nutrition needs.

It also estimated that the GFF Trust Fund financing had the potential to mobilize as much as an additional US$50-75 billion for women, children and adolescents’ health and nutrition, 70% of which would be from countries’ domestic resources.

“Healthy women, children and adolescents contribute to a virtuous cycle,” said Melinda Gates, Co-Chair of the Bill & Melinda Gates Foundation. “With health comes the ability to go to school and learn, which helps people prosper as adults, who are then able to raise empowered children who continue the cycle. That’s why the GFF is such a great investment.”

With the commitments announced today, a total of $US1.005 billion in commitments has been raised for the 2019-2023 replenishment period, which aims to raise US$2 billion in total to expand the GFF to reach a total of 50 countries.

“Today we are on the cusp of transformative change in global health when no woman, child or adolescent will be left behind. The GFF partnership is helping countries to transform the futures of their people by embedding the prioritization of health culturally, politically and financially. Supporting leaders around the world to make these changes is vital and we are thrilled today to have the support of so many to make this vision a reality,” said Mariam Claeson, Director of the GFF.

The GFF was founded in 2015 by the World Bank, the governments of Canada and Norway, the United Nations and other partners. As a pathfinder for innovative financing of the SDGs the GFF is helping to address the unfinished agenda of women, children and adolescents’ health and nutrition and to close the financing gap.

GFF is a multi-stakeholder partnership that is helping countries tackle the greatest health and nutrition issues affecting women, children and adolescents.

The GFF Trust Fund is supported by the Governments of Burkina Faso, Canada, Denmark, the European Commission, Germany, Japan, the Netherlands, Norway, Qatar, and the United Kingdom; the Bill & Melinda Gates Foundation; Laerdal Global Health; MSD for Mothers; and an anonymous donor.

The GFF supports governments to bring partners together around a country-led plan, prioritizing high-impact but underinvested areas of health. 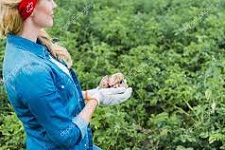