Out of the total revenue 44% is made by of the largest aviation company in Africa, Ethiopian Airlines Group, according to the report of the state enterprises regulatory agency.

The report also shows that the other largest state enterprise, Ethiopia Commercial Bank of Ethiopia, has collected 53.6 billion birr (around $1.96 billion), which is about 20.8% of the total revenue collected by 18 state agencies.

When it comes to the contributions of state enterprises to the total profit before tax, Ethio Telecom, Commercial Bank of Ethiopia and Ethiopian Airlines have the largest share of 47%, 34% and 17%, respectively.

While Ethiopia Shipping Lines and Logistics Enterprise has contributed 3.8% to the gross profit by earing 1.98 billion birr (around $72.3 million).

The report shows that five other state enterprises have reported a loss of close to 4 billion birr (about $145 million) last year. Grouped based on their focus areas, currently there are 23 state enterprises in Ethiopia.

Currently the 23 state enterprises in Ethiopia have created job for a total of 170,792 people. Out of that 123,324 are permanent employees, while 16,812 are temporary and 14,786 are contract employees, according to the report. 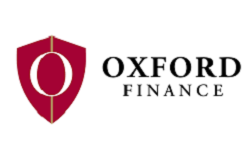