The Government of Ethiopia has signed a deal with French infrastructure development company for the purchase of geothermal energy from the $800 million energy project of the company.

Meridiam of France has inked deal with the government of Ethiopia this week to sell the geothermal energy its is going to produce from the Tulu Moye geothermal prospect site is located in Oromia Region of Ethiopia. The deal is the biggest in the country’s history of energy purchase. Up until the government revised its policy a few years ago, energy production has been monopolized by the government.

When the project begins production of geothermal energy, it will play key role in energy security of the country and contributes to the development of the country, according to Prime Minister Abiy Ahmed. It is one of the first mega public private partnership (PPP) projects in Ethiopia to go operational after the country introduced PPP and opens the energy sector for the private sector and foreign investors.

The power purchase agreement was initially signed in December 2017 when the French company enters the energy market of the country. IT IS stated that the French company aims to produce 150 megawatts of electricity in two phases from geothermal. The construction of the project and first phase of 50 megawatts electricity production of energy is expected to be completed in 2023.

“Proud to support Ethiopia in its development. The acceleration of investment in sustainable energy will be key to fight COVID-19 economic shock and job creation,” twitted Thierry Déau, CEO of Meridiam and Founding Partner.

The construction is being implemented by Tullu Moye Geothermal Operations Private Limited Company and the drilling work will be done by Kenya Generation from the neighboring Kenya. 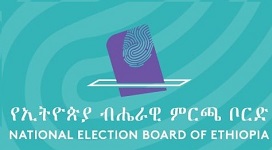