A new World Bank report reveals that out of the world’s 736 million extreme poor in 2015, 368 million—half of the total—lived in just 5 countries, including Ethiopia.

The 5 countries with the highest number of extreme poor are (in descending order): India, Nigeria, Democratic Republic of Congo, Ethiopia, and Bangladesh. The most populous countries in South Asia (Bangladesh and India) and Sub-Saharan Africa (Democratic Republic of Congo, Ethiopia, and Nigeria) are the five topping the list of countries with the greatest number of extreme poor, according to the 2018 edition — Piecing Together the Poverty Puzzle.

They also happen to be the most populous countries of South Asia and Sub-Saharan Africa, the two regions that together account for 85 percent (629 million) of the world’s poor.

To make significant continued progress towards the global target of reducing extreme poverty (those living on less than $1.90 a day) to less than 3 percent by 2030, large reductions in poverty in these five countries will be crucial.

India, with over 170 million poor people in 2015, has the highest number of poor people and accounts for nearly a quarter of global poverty. In the South Asia region, four out of five extreme poor reside in India. Despite a poverty rate of 13.4 percent, India’s large population of 1.3 billion results in a high number of extreme poor.

The report stated that over time, many of the countries with high poverty numbers, including Bangladesh, India, Indonesia, Kenya, and Nigeria, have grown their economies out of lowincome-country status and are now middleincome countries.

Piecing Together the Poverty Puzzle presents a new measure of societal poverty, integrating the absolute concept of extreme poverty and a notion of relative poverty reflecting differences in needs across countries.

This report of the World Bank introduces a multi-dimensional poverty measure that is anchored on household consumption and the international poverty line of $1.90 per person per day but broadens the measure by including information on access to education and basic infrastructure.

Finally, it investigates differences in poverty within households, including by age and gender. 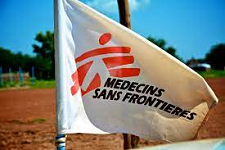