Ethiopian Parliament this afternoon approves around $12.8 billion budget of the country for the coming year starting July 8, 2018.

Some 55% of the total budget goes to capital expenditure while the remaining will be used as recurrent expenditure, according to Prime Minister of Ethiopia Dr. Abiy Ahmed who briefed on the members of parliament about the budget and related issues.

Compared to last year, this year’s overall budget showed 3.6% increase and recurrent expenditure has also declined by 4.4%. The regional subsidy has increased by 15% and reached close to half a billion birr (around $18 million) all together.

He stated that the state enterprises in the country, which are handling the mega projects are carrying a total debt of around 400 billion birr (around $14.7 billion) from domestic market.

“If these indebted enterprises have failed to quickly make operational their projects and began generating wealth, the enterprises continue consuming other resources of the country and put at risk the economy in general,” he said, justifying why his government refused to budget for new projects.

Out of the total debt, the Ethiopian Electric Power Corporation, which has failed to meet its target of energy generations and export, has taken a total loan of 240 billion birr (around $8.8 billion).

“Starting new project under such circumstances will be damaging the economy of the country at the end of the day,” he said. 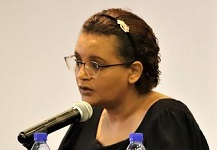 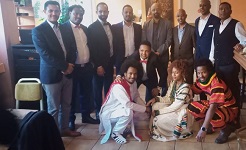