Federal police of Ethiopia has brought back 185 human traffic victims, who were trying to travel to the Middle East countries using illegal means.

The number of human traffic victims in Ethiopia has been increasing over the past few months,says the federal police. Since last July, the police have captured a total of 821 Ethiopians who were trying to travel to the Middle east countries.

With attempt of formalizing and legalizing Ethiopian workers in the Middle Courtiers, the government of Ethiopia has been negotiating with the labor receiving countries such as Saudi Arabia, which recently agreed to give a minimum salary of 1,000 Riyal to Ethiopian domestic workers.

As per the agreement, an Ethiopian domestic worker has to complete at least grade 8 education and be trained of the basic skills required to travel and work in Saudi Arabia.

The agencies operating in Ethiopia, which are engaged in sending Ethiopian domestic workers to the Middle East, were also told by the government to deposit a minimum of $100,000 in a blocked account in order to be licensed.

Reports show that Saudi Arabia, the United Arab Emirates, Kuwait, Lebanon and Qatar are among the major destinations of Ethiopian domestic workers.

Meanwhile the delay of deal with the Middle East countries has been pushing many people to become victims of human traffickers. 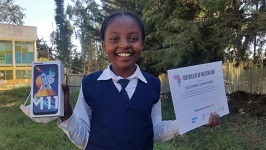 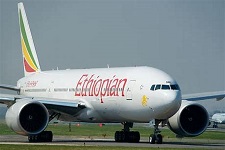