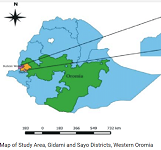 The Oromo Liberation Front (OLF-Shene), the armed group designated as a terrorist group by the Ethiopian Parliament has abducted six civilians over the weekend.

This is indicated by the Ethiopian Government security taskforce, which sent a statement to state media outlets ENA. The Government has indicated that the taskforce is making an effort for the release of the captives. The six civilians were abducted on Sunday (January 23, 2022) around 4.00 PM in East Wellega – Gobu seyo area in Oromia Region of Ethiopia, according to ENA report.

The statement has stated that the Government security forces along with the Oromia Region has been taking measures against the members of the terrorist group OLF-Shene that is working to destabilize the region in collaboration with the other terrorist group in Ethiopia – Tigray Peoples’ Liberation Front (TPLF).

It also stated that after the government has taken action against the militants, a few members of OLF Shene are now hiding in bushes and engaged in a such abduction of civilians.

It is recalled that in Ethiopia 17 university students from Dembi Dolo University in Western Oromia were abducted by OLF a few years ago.