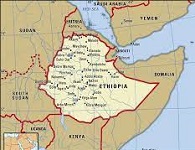 The monitoring mission found that the detainees are in good health, that the premises of detention have both natural and electric lighting, that they are not too cramped and that the overall conditions meet acceptable standards. All the prisoners visited confirm that they have been treated well since their transfer to the Federal Police Commission’s detention facility and that the police act according to the professional ethics.

They have told the Commission that they receive medical treatment as appropriate, that they have not been denied family visits and contact with their respective lawyers. Some of the detainees have also said that the members of the Ethiopian National Defense Forces (ENDF) have treated them well while they were in their custody after their capture and that the former have even saved them from attempted attacks and danger.

On the other hand, some of the detainees have placed complaints with the Commission regarding lengthy pre-trial detention periods and being subjected to insults, threats, beatings and to physical injuries from shots fired at the time of their capture while fleeing from Mekelle. Some detainees have also raised an administrative concern of not getting sufficient meeting time with their lawyers. Others have also said their families are in difficulty because their own and spouses’ bank accounts remain frozen.


The Commission confirmed that the condition of detention meets acceptable standards and held fruitful discussions with the prison authorities on the administrative concerns raised by the detainees. EHRC Chief Commissioner Daniel Bekele has urged for a speedy completion of ongoing criminal investigations and for the quick identification of the detainees who should be released on bail.