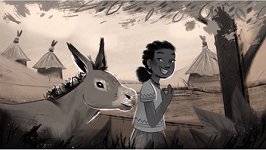 The Donkey Sanctuary has today launched a new animated awareness film highlighting the plight of the world’s donkeys – and communities and individuals that rely on them – as they are declared the most trafficked animal in the world with up to 2 million trafficked for slaughter every year.

The demand for ejiao, a traditional Chinese remedy made using donkey skins, and the collapse of the domestic Chinese donkey population has led to a spike in trafficking as skin traders look for supply at any cost.

Donkeys bound for the skin trade are kept in deeply cruel and inhumane conditions and suffer at every point of their journey, from source to slaughter. Pregnant, young or injured animals are not spared, and donkey populations across the world are being wiped out.

The new animated film, developed by independent creative agency ArthurLondon and available to view now on YouTube, has been launched to bring greater awareness to the impacts of this trade on the communities and individuals that rely on them. It forms part of The Donkey Sanctuary’s Stop the Slaughter. End the Donkey Skin Trade campaign.

The film follows the story of a young Ethiopian girl whose working donkey is stolen in the night by skin traders. She represents the thousands of women and girls who are also victims of the donkey skin trade, as they are often left to take on the work that would otherwise have been done by their donkey. It is estimated that up to 10 million communities in the developing world rely on donkeys to support their livelihoods.

Ending the donkey skin trade has been made even more difficult in recent years as the practice has moved online, with a recent study by The Donkey Sanctuary, Oxford University, Said Business School and WildCRU confirming that it has also become embedded with other illegal wildlife trading activities. Currently, thousands of live listings for donkey skins exist on eCommerce and social media sites around the world.

The Donkey Sanctuary is asking the public to support the work they are doing to end the skin trade through donating, following the @DonkeySanctuary Twitter account and signing up for email updates on the progress of the campaign.

Marianne Steele, Acting CEO of The Donkey Sanctuary, said:“The inhumane and unregulated donkey skin trade is among the biggest global threats to donkeys today. The suffering donkeys experience at the hands of this trade cannot be understated.”

“Beyond this, every donkey stolen and slaughtered by traffickers leaves behind a family that relies on it to support their livelihood. Often, it is the most vulnerable in these communities who suffer most, and the main character in our film represents the young girls who risk being removed from education in order to cover the work their donkeys can no longer do.”

“We wanted this film to highlight how the donkey skin trade impacts both the donkeys themselves and the communities who raise and rely on them around the world. It is our hope that by encouraging greater awareness of this cruel practice we will be able to reach our goal of ending the donkey skin trade forever.” 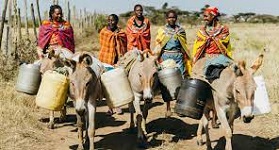