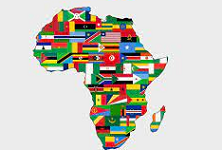 Senior government officials and civil society leaders from over 30 African countries met on Wednesday in an effort to tackle rising levels of violence against children.

African children and young people continue to suffer widespread physical, psychological and sexual abuse, while armed conflict, violent extremism and the COVID-19 pandemic have created a perfect storm for violence against children to flourish.

‘Pathfinding’ and ‘aspiring’ countries from across the continent are joining a three-day meeting in Addis Ababa to renew commitment, encourage each other to step up and to explore home-grown African solutions to prevent violence against children. These countries have committed to raising awareness, mobilising leadership, galvanising action and establishing national standards to end the scourge of violence against children.

“African governments must do more to tackle social and cultural attitudes, gender discrimination and poverty which drive violence against children,” said Dr Joan Nyanyuki, Executive Director of ACPF and Chair of the Executive Council of APEVAC. “Emerging challenges including armed conflict, displacement, violent extremism and the COVID-19 pandemic have only added to the problem.”

“Thirty years after the African Children’s Charter was adopted, many African governments have failed to adequately protect their children,” added Dr. Nyanyuki. “Though some progress has been made in violence prevention, the gains made in recent years are in danger of being reversed because these complex social and political problems have been made worse by economic crises and reduced investments in social and child protection programmes.”

“Commitment and decisive action at the highest level of our governments can bring significant change in the lives of children and young people in Africa, as well as globally,” said Mrs Graça Machel, Chair of the International Board of Trustees of ACPF. “If leaders put preventing violence against children at the centre of their political and development agenda – be it in the laws they enforce, the programmes they design or the services they provide – change will come, and will come more quickly.”

Despite better laws and policies to tackle violence against children, Africa still has some of the highest rates. ACPF’s research shows that in some African regions, more than 80 percent of children aged 1–14 experience violent discipline and four in ten girls suffer sexual violence. It is deeply troubling that three million girls are at risk of FGM every year. Data also shows that child trafficking in sub-Saharan Africa is the highest globally.

Faced with these disturbing findings, and with seemingly little prospect of improvement, the African Partnership to End Violence against Children (APEVAC) is hosting a Pan-African Learning Symposium on Violence Prevention aimed at renewing action to prevent violence against children. The symposium brings together government representatives from over 30 African ‘pathfinding’ and ‘aspiring’ countries, with child rights actors and researchers from across the continent and leading voices on child rights from across the globe.

Twelve countries in Africa are designated as ‘Pathfinding’ countries by the Global Partnership to End Violence against Children, a UN initiative launched in July 2016. These are Burkina Faso, Cote D’Ivoire, Ethiopia, Guinea, Kenya, Namibia, Nigeria, South Africa, Tanzania, Uganda, Zambia, and Zimbabwe. The Pathfinding Initiative is expected to galvanise political commitment and action.

“It is particularly frustrating that we have good practices and home-grown African solutions and strategies which have been proven to work, but which are largely ignored in policy and programming,” said Dr Nyanyuki. “Africa’s efforts to tackle violence against children must acknowledge traditional indigenous systems of child protection, and promote and replicate them across the continent.”

African Child Policy Forum is an independent, not-for-profit Pan-African centre of policy research and advocacy centre on the African child. It was established in 2003 out of concern about the situation of the African child and the need for Africans to recognise their responsibility to collectively ensure the realisation of all rights to all children.

The African Partnership to end Violence Against Children is an African umbrella coalition and a collective platform established in September 2016, to bring together like-minded national, regional, and international organisations for collective action to ending violence against children in the continent. 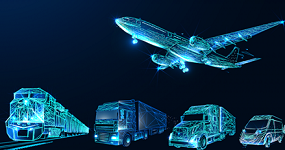