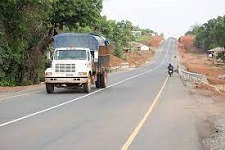 The report stated that funds can be reallocated between projects, but the process for budget adjustments has not been transparent, while Monitoring activity of major projects by central agencies is limited. Significantly delayed and unpredictable payments for capital projects have been a major cause of project delay and arrears accumulation, according to the IMF report.

“Neither the budget documents nor commitment ceilings indicate when funds will be available for a capital project. In practice, payments for capital projects are determined on a case by case in a
not-transparent manner. For example, the March 2019 technical audit finds delays in invoice payments of two different road projects,” it said

“Although payments were always delayed from the deadline (60 days after the invoice date) for both projects, one project was paid much faster than the other project. For the latter project, no invoice was submitted in 2015, while 15 invoices were submitted in 2016. This could imply that delayed and unpredictable payments
affected financing of a contractor, who further delayed a project until it found a financing source,” according to the IMF report.

Sierra Leone has made significant strides to rebuild its public infrastructure after the devastating civil war, but the desperate infrastructure needs remain. At the end of the conflict in 2002, the country was left with virtually no infrastructure, according to the IMF.

“Redevelopment of public infrastructure was ignited by the mining boom, which started in the late 2000s. Over the period 2008−18, public investment averaged 6.5 percent of gross domestic product (GDP), which has translated into an estimated capital stock of about 65 percent in constant 2011 GDP,” it said.

“However, a level of public investment is still lower than neighboring countries by about one percentage point. The level of capital stock per capita is one of the lowest in the region, only slightly above that of Liberia. Some districts still have no paved roads, no electricity, and no water systems, almost 20 years after the war,” the Report stated.