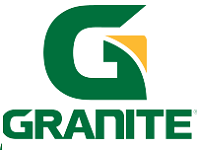 “The increase was primarily attributable to a change in the fair market value of our Non-Qualified Deferred Compensation plan liability of $5.3 million year-over-year, which is primarily offset in other (income) expense, net.”

“In our seasonally slowest quarter, we realized continued improvement in the Transportation segment with minimal losses in the Heavy Civil Operating Group Old Risk Portfolio(5) and significant improvement in gross profit in our Specialty segment.”

“We continued to build cash and marketable securities through positive operating cash flow and our balance sheet position remains strong even after considering the previously disclosed settlement agreement. This settlement marks another significant milestone for Granite as we move forward.”

“Additionally, we are encouraged by the bidding activity across the company during the first quarter,” continued Larkin. “Our major markets are healthy with robust opportunities. We are optimistic that the federal government will continue to work towards an infrastructure plan this year, which should only strengthen the environment.”

(3) Other costs includes the settlement charge, legal and accounting investigation fees, integration expenses related to the acquisition of the Layne Christensen Company (“Layne”) and restructuring charges related to our Heavy Civil Operating Group.

Segment CAP totaled $3.0 billion as of March 31, 2021, which is a decrease of $458.7 million year-over-year primarily due to a decrease in Heavy Civil Operating Group Transportation CAP of $547.3 million.

Water revenue decreased slightly as the recovery of the Water and Mineral Services Operating Group continued to build momentum as COVID-19 restrictions lessen. This decrease was partially offset by an increase in revenue in the California Operating Group, which began the year with higher CAP. Gross profit declined primarily due to a temporary increase in resin costs in our cured-in-place-pipe trenchless rehabilitation business.

Segment CAP increased to $339.0 million as of March 31, 2021, primarily reflecting new awards in the Water and Mineral Services Operating Group.

Specialty revenue increased due primarily to site development work performed by the Heavy Civil Operating Group. Gross profit increased in 2021 as a result of the absence of a significant write down related to a dispute on a tunneling project which occurred in the first quarter of 2020.

Specialty segment CAP totaled $1.1 billion as of March 31, 2021, driven by a $267 million tunnel project and site development projects in the private and public markets which were booked into CAP in the fourth quarter of 2020 and first quarter of 2021.

It is indicated that materials revenue and gross profit increased year over year primarily due to higher sales volumes in both aggregates and asphalt across the California and Northwest Operating Groups as the Groups were aided by favorable weather during the quarter.

Granite is one of the largest diversified construction and construction materials companies in the United States as well as a full-suite provider in the transportation, water infrastructure and mineral exploration markets. 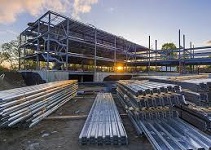 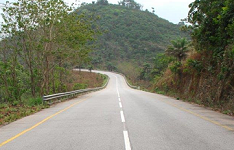