The European Commission Directorate for International Cooperation and Development (DEVCO), has committed to strengthen the efforts of the International Centre of Insect Physiology and Ecology (icipe), in the management of the fall armyworm in Kenya, Ethiopia, Rwanda, Tanzania and Uganda.

DEVCO provides financial support to icipe for a Euro 7.0 million project, a figure that is inclusive of 20% contribution from the Centre’s core funds by the Swiss Agency for Development and Cooperation (SDC); Swedish International Development Cooperation Agency (Sida); UK Aid, from the government of the United Kingdom; the Ministry of Higher Education, Science and Technology, Kenya; and the Government of the Federal Democratic Republic of Ethiopia.

Since January 2016, the fall armyworm (Spodoptera frugiperda), a very destructive pest that is endemic to the Americas, has been devastating maize and other crops in at least 43 African countries, placing at risk the food and nutrition security, and indeed the very livelihoods, of more than 300 million people. The larval stage of the fall armyworm feeds on more than 80 plant species, including maize, sorghum, rice, wheat, sugarcane, as well as a variety of horticultural crops thus threatening food and nutritional security, trade, household incomes and overall economies.

“Efforts to control the fall armyworm through conventional methods, such as use of insecticides is complicated by the fact that the adult stage of the pest is most active at night, and the infestation is only detected after damage has been caused to the crop. The pest also has a diverse range of alternative host plants that enables its populations to persist and spread. Moreover, the fall armyworm has been shown to develop resistance to some insecticides, while the performance of such chemicals is also hindered by limited knowledge and purchasing power of farmers, resulting into use of low quality, and often harmful products,” noted Dr Sunday Ekesi, Director of Research and Partnership, icipe.

As a result, since the pest was reported in Africa, icipe envisioned the development of a science-led, African-context specific sustainable integrated pest management package for the fall armyworm. In partnership with various stakeholders, the Centre has initiated a range of activities including capacity for early warning, rapid response and regional preparedness, and damage assessment across various ecologies.

Some of these efforts have already resulted in positive outcomes for fall armyworm management in Africa. Most significantly, the icipe Push-Pull technology has been found to be effective in controlling the fall armyworm decreasing the pest’s incidence by over 75% as compared to monocrop maize.

Originally developed by icipe and its partners, for the control of stemborers, the key pests of cereal crops across most of Africa, and the parasitic Striga weeds, Push-Pull involves intercropping cereal crops with insect repellent legumes in the Desmodium genus and planting an attractive forage plant such as Napier or Brachiaria grasses as a border around this intercrop.

The intercrop emits a blend of compounds that repel (‘push’) away stemborer moths, while the border plants emit semiochemicals that are attractive (‘pull’) to the pests. In addition, Push-Pull also controls maize ear rots and mycotoxins, while improving soil health and providing high quality fodder, since the companion crops are superior forages. Therefore, the technology facilitates crop-livestock integration thus expanding farmers’ income streams.

Moreover, icipe researchers have discovered effective indigenous parasitoids known as Cotesia icipe which has the potential to parasitise, thereby killing, over 60% of fall armyworms. icipe’s scientists have also identified entomopathogenic fungi and bacteria that are effective against the pest.

“Over the past 10 years, icipe and the European Union (EU) have enjoyed a productive and strategic partnership on various critical issues relevant to Africa such as bees, animal health and food and nutritional security in general,” noted Dr Segenet Kelemu, Director General and CEO, icipe.

She added: “We are delighted for this latest support, which will enable us to build on our early results to create a comprehensive package on fall armyworm management, and to work with a range of partners to ensure that the solutions are delivered to communities, to avert the very real threat posed by the pest.”

Ms Myra Bernardi, Head of Section Agriculture, Job Creation and Resilience Delegation of the European Union to Kenya noted: “Over the past 10 years, the EU and icipe have formed a solid partnership towards strengthening agriculture as a core and effective component in Africa’s development.”

She added: “This new initiative will enhance livelihoods, resilience and food and nutritional security of smallholder maize growers in eastern Africa through better preparedness and eco-friendly management of the fall armyworm specifically, and invasive species in general.”

Globally, invasive species are now considered the second most important threat to nature, due to their severe and cross cutting impact on ecosystems, human and animal health, infrastructure, economic and cultural resources. Such species threaten food and nutritional security by colonizing valuable land, negatively impacting agricultural and livestock systems thus reducing domestic supply and restricting international trade as a result of quarantine issues. They also place human, animal and environmental health at risk through food-borne and vector-transmitted diseases, as well as the effects of often harmful chemical pesticides used in their control. Further, invasive species destabilise ecosystems, for instance by displacing beneficial local species, and by causing irreparable damage to biodiversity, and contributing to habitat loss.

Economies also suffer due to the significant financial investments required to respond to invasions, and to conduct inspection, monitoring, prevention, control or eradication of invasive pests. In sub-Saharan Africa (SSA), one of the most susceptible regions, the list of invasive species is long and diverse; their destruction often horrendous.

The International Centre of Insect Physiology and Ecology headquartered in Nairobi, Kenya, is the only research institution in Africa working primarily on insects and other arthropods. icipe’s mission is to ensure better food security, health and livelihoods in Africa, by producing world-class knowledge and then developing solutions that are environmentally friendly, accessible, affordable and easy-to-use by communities. These objectives are delivered through four thematic areas — Human Health, Animal Health, Plant Health and Environmental Health. 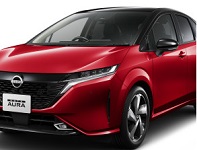