Continuing its decline Ethiopia’s export income for the first nine months of the fiscal year started July 8, 2018, goes down by about 9 percent compared to same time last fiscal year.

From July 2019 to March 2019, Ethiopia has earned $1.9 billion from export. Last year same period the country exported worth $2.09 billion. The plan by the government for the first nine months of this fiscal year was to earn $3.10 billion. But it has only achieved about 61 percent of its target, according to Wondimu Filate, Communications Affairs head at the Ministry of Trade and Industry of Ethiopia, who briefed reporters this afternoon.


On the contrary Ethiopia’s import bill has been going up over the past years, surpassing $17 billion last year.

Mr. Wondimu stated that Ethiopia’s reliance on raw agricultural products export, which are vulnerable to global market fluctuations have contributed to the decline of export income. Coffee, which is the major export commodity of Ethiopia has generated $498.84 million, while government target for the period was $709.37 million. Coffees export income has declined by about 11 percent compared to same period last fiscal year.

Mr. Wondimu stated that compared to same time last year, the global price of coffee has declined by 19 percent this year. He also mentioned that the fact that the country is not adding value to coffee, oil seeds and other agricultural products before export has also contributed to the income decline.

The report of the Ministry also shows that during the last nine months Ethiopia has also exported oilseeds export mainly sesame and earned $279.69 million, which is about 20 percent lower that last fiscal year same period earnings. The political instability over the past few years in oilseeds growing regions of Ethiopia such as Humera in Amhara Region and Wellega areas of Oromia has contributed to the production and export decline, according to Mr. Wondimu.

In the last nine months, cereals and the stimulant plant – tchat, have generated $197.78 million and $231.95 million, respectively. The report also shows that from flower export Ethiopia has also $169.52 million, while fruits and vegetables have generated $41.15 from July 2018 and March 2019.

At the same period leather and leather products such as, leather shoes and leather bags, have generated $93.17 income for Ethiopia. The much talked about and heavily invested in textiles and garment industry has generated $108.94 million meeting 67 percent of the government target for the period. 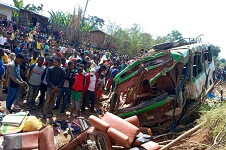