Sheikh Mohammed, who also owns a gigantic agricultural farm – Ethio Agri-CEFT PLC – in Ethiopia, has so far invested over 5 million Ethiopian Birr (close to $170,000) for the research effort and to develop it on 50 hectares as a commercial plant over the last ten years aiming at curtailing application of synthetic pesticides or chemicals.

Consequently, flower farms in that country are replacing synthetic pesticides with the trailing shrub – Phytolacca dodecandra L’Herit – as researches confirm the fungicidal and larvicidal properties of the plant, says Mr. Esayas Kebede, General Manager of the commercial farm.

Researchers working for Ethio Agri-CEFT, one of the largest commercial farms in Ethiopia, have been conducting the bio-pesticide plant’s field trials as a fungicidal agent on two flower farms in Holeta and Bahir Dar towns and proved that Phytolacca dodecandra (locally called ‘Endod’) could be an “alternative to manufactured pesticides.”

Adane Wolde-Yohannes, Ethio Agri-CEFT Deputy General Manager for Agriculture and Agro-Industry stated: “These promising results mean that the plant can have widespread use in both domestic and industrial settings. The trials at our Holeta and Bahir Dar flower farms were so successful that we were able to reduce the use of manufactured pesticides.”

“Ethio Agri- CEFT has been conducting observational studies on the ‘Endod’ plant for more than ten years. The data collected from these studies indicates that the plant has fungicidal, larvicidal and molluscicidal properties,” Adane Wolde-Yohannes indicated.

Following its executives’ visit to the Holeta flower farm early this month, the Ethiopian Horticulture Producer Exporters Association (EHPEA) also writes: “Reliance on hydrogen peroxide is common in many farms to protect flowers from bacteria and fungus. Instead of mild chemicals Ethio Agri-Ceft Holeta has already specialized in using ‘Endod’ — phytolacca dodecandra in lieu of aluminum sulphate and sodium hypochlorite – which are known to have residue and a distinctive smell respectively.”

As ‘Endod’ has been proved to be environment friendly Agri-Flower Holeta and Bahir-Dar farms spray it in their greenhouses to protect flowers from infestation.

The molluscicidal property of Phytolacca dodecandra was first discovered by the Ethiopian scientist Professor Aklilu Lemma, a pathologist, in 1964. The molluscicidal active fractions, an aqueous extract of berries of the plant, contains at least ten saponins of which three have been elucidated as lemmatoxin –A, B and C and named after the distinguished Ethiopian Scientist , Aklilu Lemma.

After collaborating with Professor Lemma, the University of Toledo, USA, was granted a US patent on an endod-based molluscicide intended to control the zebra mussels which have invaded American lakes and caused extensive damage to water supplies. Ever since the discovery of Professor Lemma, about 150 scientific publications came out in Ethiopia and abroad.

Professor Lemma along with his research associate, Professor Legesse Wolde-Yohannes, the most famous Ethiopian agronomist alive today, have found out that Phytolacca dodecandra kills snails, which are responsible for the spread of schistosomiasis ( snail fever disease or bilharzias) and its effects on zebra mussel as well as its effectiveness as a detergent, and consequently the two distinguished Professors have won – the Right Livelihood Award of Sweden, commonly referred to as the Alternative Nobel Prize in November 1989.

The former Ethiopia Commissioner for Science and Technology and a technology application expert of the research group Asrat Bulbula also underscores that phytolacca dodecandra is the most researched bio-pesticide plant that has been also proved to effective to control leaches and mosquito larva.

According to Asrat, all the necessary protocols have been developed for the molluscicidal application of phytolacca dodecandra by the research team led by Professor Legesse and the government has approved its commercialization and utilization as the safety, toxicity, evaluation on the plant was conducted by the Canadian International Development Research Center (IDRC) and accepted by WHO earlier.

Another promising direction being pursued by Ethio Agri- CEFT is the potential for the export of the product to USA and other countries, in the past three years above 100 quintals has been exported and also there has been increasing interest in its potential for using it as a fertilizer.

Phytolacca dodecandra is a sprawling woody climber with stems reaching 5–10 m in length, with erect, racemic, dioecious flowering stalks, and pinkish or red berries. The species is widely distributed over parts of Sub-Saharan Africa, South America, and Asia. 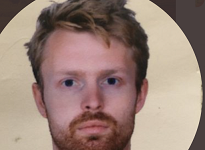