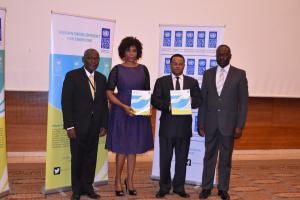 Almost 60% of people in Sub-Saharan Africa experience deprivation, which systemically left them behind from the development gains, a UN report said.

“Women and girls, rural dwellers, indigenous peoples, ethnic minorities, people with disabilities, migrants and refugees are among those systematically excluded by barriers that are not purely economic, but political and cultural,” the report said.

It stated that in Sub-Saharan Africa over the past two decades, almost 60% of people still experience deprivation. Around a third of children under the age of five are malnourished and affected by stunting. Gender inequality remains a serious challenge. Over 35% adults are illiterate. Some 70% of working adults earn less than $3.10 per day, according to the report.

The breadth of deprivation (intensity) in Ethiopia, which is the average deprivation score experienced by people in multidimensional poverty, is 60.9 percent, according to the report that compares Ethiopia with Rwanda and Uganda who are in better share scoring 47 and 51.1, respectively.

Households with a deprivation score greater than or equal to 50 percent live in severe multidimensional poverty.

Multidimensional Poverty Index (MPI) is calculated for 102 developing countries in the 2015 HDR. The 2010 HDR introduced the MPI, which identifies multiple overlapping deprivations suffered by households in 3 dimensions: education, health and living standards.

“It shows that income poverty only tells part of the story. The multidimensional poverty headcount is 54.7 percentage points higher than income poverty. This implies that individuals living above the income poverty line may still suffer deprivations in education, health and other living conditions,” the Report said.