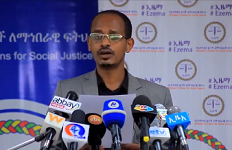 Ezema (Ethiopian Citizens for Social Justice), the major opposition political party in Ethiopia, is set to compete in 500 Weredas (districts) of the country in the upcoming May / June general election.

Briefing journalists in Addis Ababa on Friday, the leadership of Ezema has indicated that so far the Party has selected candidates within 406 districts across the country. Ezema has elected two candidates in each of the 406 districts to compete for the regional council of representatives and House of Peoples’ Representatives of Ethiopia (Ethiopian Parliament).

The officials of Ezema noted that in the coming months the number of districts Ezema will be competing is expected to increase to 500 districts.
To increase its competing districts to 500 and support the campaigns of the candidates, Ezema is planning to hold fund raising events to secure some 140 million Birr, according to Andualem Arage, Deputy Chairman of Ezema.

After the 2005 general election of Ethiopia, Ezema is the largest opposition party having many candidates across the country. Currently in Ethiopia there are a total of 547 districts, which have representatives at the Ethiopian parliament. 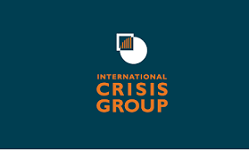