Ethiopia has become the top in the world in the number of displaced people due to violence and conflicts, a new global report said.

Out of the total 10.8 million new displacements people in 2018 due to conflict, Ethiopia stand at the top by having 2.9 million people displaced by conflict and violence, according to the 2019 global report on internal displacement released on Friday. Ethiopia is followed by Democratic republic of Congo and Syria, which respectively have 1.8 million and 1.6 million people displaced.

“Conflict and violence contributed to triggering 10.8million new displacements worldwide. Ethiopia, DRC and Syria accounted for more than half of the global figure. More than two-thirds of the new displacements associated with conflict occurred in Sub-Saharan Africa, which suffered not only new and ongoing violence but also drought and floods during the year. Africa also hosts some of the world’s largest protracted displacement caseloads,” the report said.

The report indicated that around 41.3 million people were estimated to be living in internal displacement as a result of conflict and violence in 55 countries as of the end of the year, the highest figure ever recorded. Three-quarters, or30.9 million people, were living in only ten countries.

Recently Ethiopian government indicated that close to 900,000 displace people have already returned to their original places and the country needs some $700 million to return the remaining around 2 million internally displaced people. The study presented to the parliament a few days ago has also revealed that politicians at the grassroots level in different regions of Ethiopia are involved in displacing people.

Some regions have also holding the displaced people hostage demanding the federal government to fulfill various preconditions. So far, some 2,600 suspected to displacing people in different parts of the country fueling conflicts and violence, about 1,200 are arrested, according to Nigussu Tilahun, Press Secretary at the Prime Minister Office. 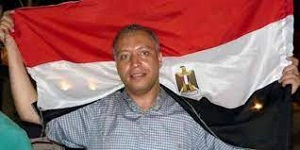