The Government of Ethiopia said it has launched final phase of military action to bring to justice the TPLF leaders hiding in Mekele, the capital of Tigray Region found in the northern part.

“The 72-hour period granted to the criminal TPLF clique to surrender peacefully is now over and our law enforcement campaign has reached its final stage,” the Office of Prime Minister of Ethiopia today said in its statement. “Within the past 72 hours thousands of Tigray special forces and militias members have surrendered to the National Defense Force. Many young people in Tigray, realizing the TPLF’s evil intentions, have also refrained from engaging in TPLF’s destructive ambitions. Also this may have been a decision taken in the last hours, it is nevertheless a responsible decision that is expected of citizens,” it said, indicating that that the intention of Ethiopian Government’s operation is to enforce the rule of law per the rule of the land.

“…If the criminal TPLF clique choose to peacefully surrender, the campaign would have to be finalized with the least amount of damage. To this end, we have provided the opportunity for peaceful surrender on numerous occasions in the past weeks. The second goal was to provide protection for those that finally understand the criminality of the TPLF clique and distance themselves from the group.”

“…The Ethiopian National Defense Force have now been directed to conclude the third and final phase of our rule of law operations. In this final phase, great care will be given to protect innocent civilians from harm. All efforts will be made to ensure that the city of Mekele, which was built through the hard work of our people, will not be severely damaged. All precautions will be taken to ensure that heritage sites, places of worship, public facilities, development institutions, and residential areas will not be targeted,” the statement indicated, calling on the people of Mekele to stay at home and stay away from military targets and take all, necessary precautions, “expose and handover the criminal clique over to law enforcement agents”.


Ethiopian Government has launched military operations in Tigray Region after the Tigray Peoples Liberation Front (TPLF) has attacked the northern military command of the Ethiopian Army on November 4, 2020, which was confirmed by TPLF officials later.

After coming to power with arms struggle in 1991, the TPLF has been on power in Ethiopia dominating the ruling coalition – Ethiopian Peoples’ Revolutionary Democratic Front (TPLF), which involves four political parties TPLF, Amhara, Oromo, and Southern region parties.

After the ruling coalition, has voted for Abiy Ahmed to as its new chairman, TPLF has been at odds with the federal government frequently indicating that Ethiopia will be ruined and east Africa will be in chaos. One of the reasons the TPLF hardliners have been claiming include that the federal government led by the reformist Prime Minister Abiy Ahmed has targeted only the Tigray people in its anti-corruption and brining to justice those implicated in human rights crimes, including the former spy chief Getachew Asseffa.

Meanwhile, some of the progressive leaders of the TPLF has decided to stay in the ruling coalition, which later liquidated into unified Prosperity Party including for the first time political parties, which have been leading the five peripheral regions of Ethiopia – Somali, Afar, Gambella, Benishangul Gumz, and Harari.

As the dispute between the federal government and TPLF hardliners deepened, most of those in federal wanted listed refused to appear in court and decided to hide in Mekele City, from where they have been reportedly conspired the latest attack on the Northern command of Ethiopian army and orchestrated, financed many ethnic based clashes in different of Ethiopia, according to the federal government reports. 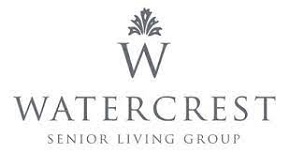