Including media executives and editors from Somali, Dire Dawa, Amhara and Tigray regions along with editors in private and state media have attended Editors Guild of Ethiopia founding meeting this morning. The assembly has elected seven members executive committee.

The association aims to promote professional journalism in Ethiopia through media literacy and building capacity of journalists and media mangers, among others.

The founding meeting is organized in collaboration with the Danish nongovernmental organization, International Media Support (IMS). Discussions among editors working for various media organizations have been going on since last December, according to representative of IMS in Ethiopia, Tewodros Negash.

He indicated that over the coming four years, IMS is planning to support efforts to promote professionalism in media industry of Ethiopia including in community media found in different regions of the country.

Studies show that lack of institutional capacity, stringent government laws and low level of media literacy as among the major bottle necks hindering the development of professional journalism in Ethiopia.

During the discussions at the launching of Editors Guild of Ethiopia, it is indicated that the newly established association is expected to address some of these challenges and contribute to the development of professional journalism and create professional solidarity among editors. 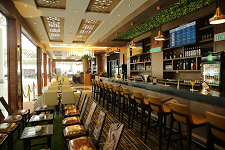