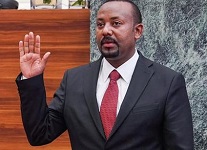 Based on the result of the general election held last June, Ethiopia today established a new government by electing Abiy Ahmed to serve as Prime Minister.

At the inaugural held in Addis Ababa, Prosperity Party, which has got majority vote, has elected Abiy Ahmed to serve as Prime Minister of Ethiopia for the coming five years. Abiy Ahmed has been serving as Prime Minister during the past some three years transition that brough him to power after the former Prime Minister Hailemariam Desalegn resigned due to popular protests.

Out of the total of 547 Parliament seats, 425 members have attended today’s inaugural ceremony. In addition to over a dozen opposition party members, four independent candidates have joined the new parliament.

Except the 38 seats allocated for Tigray Region, the remaining MPs are expected to join the House in the coming days as the delayed election in Somali region and some parts of Southern Ethiopia has taken place last Friday.

As currently Tigray Region is in crisis following the war waged by TPLF on the Government of Ethiopia since last November, the Region has no representation in the new parliament. 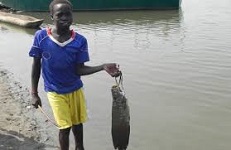