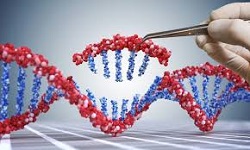 By Mekonnen Teshome Tollera – As a science journalist, I read the article recently published by Dr. Tewolde Berhan Gebre Egziabher [A prominent Ethiopian plant ecologist and environmental activist] entitled “An Open Letter” with great enthusiasm. As Dr. Tewolde Berhan indicated that he is one of Ethiopian giant scholars in the field of plant ecology. However, after reading his open letter published by the Ethiopian Observer, I found the piece to be a reflection of his age-long “environmental protection” curiosity not an argument based on scientific explanations and analysis.

The main issue Dr. Tewolde Berhan argued for in his open letter is that the recent introduction of transgenic crops [like cotton, maize and Enset] with a view to tackle plant diseases and low productivity problem would violet the Cartagena Protocol on Biosafety signed to protect global biodiversity.

The debate on genetic engineering between experts of biotechnology and environmentalists like him has a long history and sometimes the debates rotates not only scientific evidences and truth rather we see people argue to defend their professional interests.

Therefore, I think the present open letter of Dr. Tewolde Berhan serves the same purpose of of defending professional interests instead of giving scientific explanations on as to how transgenic crops are harmful to biodiversity. As the appeal and desire of introducing Bt-Cotton is a long overdue effort of Ethiopian biotechnology experts, it seems it is insensible to bring the argument to public media as a fresh concern.

He mentioned that the Cartagena Protocol on Biosafety aims at ensuring the safe handling, transport and use of genetically modified organisms (GMO’s) resulting from modern biotechnology and Ethiopia is trying its best to adopt maximum precautionary principles and practices in this regard. Therefore, apart from reminding this international agreement Dr. Tewolde Berhan has not mentioned and clear and present danger of the confined Field Trials and laboratory researches on transgenic crops here in Ethiopia.

He simply warns “If the Federal Government is simply ignoring the legal status of the Cartagena Protocol on Biosafety, then it would be obvious that it is breaking International Law.”

Of course DNA determines basic characteristics of living things – their height, color, shape and the like. This is done through altering genes from two families. Modern genetics engineering has enabled human beings to effectively and safely transfer genes from one living thing to the other. Of course the engineering should undergo in rigorous safety assessments and approvals.

Ethiopia is undertaking various activities to ensure environmental safety by adopting a Bio-safety law /Proclamation No 655/2009/ which was also amended in 896/2015. The objective of this Proclamation is to protect human and animal health, biological diversity and in general, the environment, local communities and the country at large by preventing the adverse effects of modified organisms.

The Cartagena Protocol on Biosafety is an international legal instrument enacted to ensure the safe handling, transport and use of genetically modified organisms (GMO’s) resulting from modern biotechnology. Nuclear energy is so important to generate electric power or to run huge industries if it is handled properly or it would be hazardous when it is abused otherwise we cannot totally avoid it and same with some unavoidable technologies. As the saying goes “If death is inevitable, one should try to die well,” we should always avoid flying, taking medicine or to be operated by doctors fearing plane crash, side effects and death.

The reason why we should not totally avoid genetic engineering, not because it wouldn’t have any effect if it is not applied properly, but because the science is so vital to advance industrial, agriculture and medical industries.

It is also not rational to regard the important values of genetic engineering science in an unreasonable manner by environmental activists like Dr. Tewolde Berhan and it would not benefit the entire nation in advancing science and technology.

The unconstructive attitude towards the science would also negatively affect the research capacity of the country’s scholars in the area. To this end, the stringent “bio-safety proclamation” No 655/2009 which initiated by the Federal Environmental Protection Authority and adopted a decade back remained an obstacle to researchers in the area of genetic engineering. This law was criticized by Ethiopian companies that wish for the use of Bt-cotton to boost their productivity.

Biotechnology researchers expressed their grievances over the stringent proclamation that stipulates imprisonment of 15 years if Bt-seeds escape from confined field trial fields to neighboring or other areas saying “This is very scary, it shatters our freedom and research obviously requires freedom.”

It is evident that the number of countries growing Bt-crops as well as using pharmaceutical and industrial products of genetic engineering across the world today. There are various factors for this development:

1. The modernization of the Sciences of Genetics Engineering and Bio-safety

At present, the sciences of Genetics Engineering and Bio-safety is tremendously changing and modernizing more than ever before. For example, the modern engineering methodology called “clustered regular interspaced short palindromic repeats”, (CRISPR) is a molecule that finds a string of DNA code and locks on and makes a precision cut and scientists simply can tune it to target any genetic sequence and to turn genes off or replace them with new versions.

The sciences of genetic engineering and bio-safety are really modernizing very and improving a lot and the implementation of the Cartagena Biosafety Protocol has been also carried out in a better and scientific manner more than ever before.

According to Ethiopian official sources, all biotechnological researches and bio-safety measures are undertaken with precautious and standard guidelines.

In this time of globalization our world is connected in many ways and migration of people and trade exchanges have been expanded. To this end, there could be unrestricted movement of goods and genetically modified crops and from some countries to the others. Hence, it would be very rational to ask: How effective can counties control the movement of illegal GMO crops and products?

For example, farmers from Kenya which has now introduced some genetically modified like cassava and maize would exchange or transport the products to farmers in Ethiopia through the existed border trade or social connections. Therefore, globalization has posed a serious challenge to the restrictions and bio-safety measures of countries in relation with controlling the spread of non-regulated Bt-crops.

Many countries in the world are witnessing high population growth at a breakneck pace and exacerbating existed challenges which are even worsened in recent years: chronic hunger. GMO crops could help to relieve this problem by providing increased yields and being more resistant to environmental stressors.

Particularly, the increasing prevalence of drought has prompted the development of crops that are more tolerant of high temperatures. These efforts, however, have afforded mixed results due to the genetic complexity of drought resistance and similar traits. Regardless, continuing to research this type of genetic engineering remains a promising strategy for feeding the world’s growing population.

4. Misconceptions and Myth about GMOs

The other major issue in relation with genetically modified crops is the prevalent of misconceptions and myth and the deliberate exploitation of the misreading ideas among the public by “Environmental Activists”.

For ample, recently we have come across several unfounded media reports done by environmental activists to demonstrate genetic engineering is hazardous that the Corona Virus (COVID-19) is a laboratory invention while the issue is under scrutiny and investigation.

The other common generalization is that GMOs are a corporate plot to control developing nations and the world’s food supply. However, emerging states are increasingly choosing GMOs, and for the fourth year in a row, devoted more hectares to growing biotech crops than developed nations.

Farmers in these countries choose biotech because the crops have helped them to alleviate hunger by increasing productivity and incomes.
In addition, people believe that GMOs are not adequately tested. But, governments everywhere employ strict biosafety protocols to ensure that any new GM product poses no threat to human or animal health, or the environment.

The misconception that organics are safer than GMOs is not supported by adequate scientific evidences. Organic farming is a cultivation method, and GMOs are a breeding method, so it’s like comparing apples and oranges. Additionally, organic growers are allowed to use certain types of pesticides, so some GMOs could claim to be safer than organics. GMOs are also rich in nutrients and natural as the organic ones.

5. Spontaneous Mutation
One of the arguments against GMOs is that it is unnatural to mix genes from different species. Nevertheless, several researches show that genetic modification can also take place naturally among wild plants. So what would be our reaction to the natural gene jumps that occur naturally between plants belonging to different species?

We need to remind that spontaneous gene mutations also occur in plants. We have historically evidences that geneticists recognized this in nature. Scientists have collected and analyzed their inheritance of mutations. Natural mutations are usually induced in three general ways -radiation, chemical and transposon insertion.

Over utilization of our agro-ecology and plant spacious could result in deteriorating resources. Therefore, improving our economic activities including agricultural practices is one way to help keep natural stocks at necessary levels. One way of keeping productivity in a sustainable manner is genetically engineered.

Moreover, the science can be applied to reduce food loss and waste, improve crop breeding, and improve soil and water management and link productivity gains with protection of natural ecosystems.

Therefore, my advice would be instead of being trapped in this world of misconceptions and unfounded debates it is important to dig scientific information about the incredible genetics engineering science and try to benefit out of it by employing the international recommended bio-safety measures. Moreover, focusing on building local capacity and generating own technologies to avoid the trap of multinational corporations and not to remain in a vicious circle of their marketing interests.

What next for PM Abiy Ahmed of Ethiopia?