By Tesfu Telahoun Abebe – A ruby-red sun is setting ever slowly over sparkling emerald-blue waters tucked into the southern limits of the Red Sea. Its the Gulf of Tadjoura, some 146km northwest of present day Port of Djibouti.

Not far from the dazzlingly white sanded beach stands a crumbling watchtower. The locals and history remember it as the old and abandoned ‘Egyptian’ fort, Sagalo.

A few meters behind this structure are the remains of what must have been an imposing and impregnable main gateway. Its topmost beam bears hurriedly chiseled markings which upon closer inspection are two lines of three words each. The inscription seems to be a later addition to the more than 300 year old ruins.

It turns out the sign is written in Russian-with a subordinate French translation under the Cyrillic. In both languages the message reads as: “Welcome to New Moscow!” On either side would have been two flagpoles; one for the flag of the Empire of Russia and the other for the expedition’s emblem.

This Moscow is just 100 km from the Danakil Depression, the hottest place in the world, and a polar opposite to frigid Russian weather.

But this unlikely location did not phase one Nikolai Ivanovich Achinev, a self appointed, roving political and religious activist and adventurer.

He first set foot in Africa when he appeared-uninvited-at the court of Emperor Menelik II of Ethiopia in 1883. His objectives were to reaffirm Eastern Orthodoxy solidarity with the Ethiopian church and to establish a political relationship between the Russian and Ethiopian empires.

He returned to Russia, and by 1888, the mercurial Achinev had completed plans for an ‘expedition’ to what was a remote Ethiopian coastlines which was to be French Somaliland, then French Territory of Afar and Issas and finally, today’s Djibouti.

Achinev brought 165 would be settlers and unilaterally established New Moscow on January 6, 1889. This development was not known by the French who were occupying abandoned Ottoman positions in Obock. Achinev was given an ultimatum to evacuate Sagalo but did not or would not comply.

On February 6, 1889, French gunboats destroyed the first and last Russian settlement in Africa, killing six and wounding 23 of the expedition. The remaining survivors were deported back to Russia where Achinev was charged with piracy and insubordination to the Czar.

This tragicomedy and footnote from East African history marks the first but by no means the last foray into Africa by the Russians.

The Russian Empire had a unique relationship with Ethiopia and both considered the other as a sister empire facing many of the same characteristics and common enemies. In fact, leading up to the first Italian invasion and the great victory at Adwa, Ethiopia was able to obtain Russian armaments as well as the services of Russian medical and military officers.

After the dawn of the 20th century Russian involvement in Africa was put on hold for nearly 50 years as The First World War, the Bolshevik Revolution and WW2 ravaged Europe, Russia and the entire world.
Russia emerged from the series of calamities severely damaged but geopolitically transformed by a hard won status as a superpower among nations. It recommenced its interest in Africa in the mid-1950s as the East vs West rivalry made Africa one of the contested arenas of the clash of ideologies.

During the Cold War years and right up to its disintegration, the Union of Soviet Socialist Republics, USSR, was intensely involved in Africa and African affairs.

Arguably, Gamal Abdul Nasser’s Egypt was among the USSR’s earliest allies in Africa after Sekou Toure’s Guinea. This is only logical as Egypt and its central role in Arab -Israel issues made it a key arena for superpower geopolitical rivalry.

In addition to Egypt, the USSR cultivated close ties and even strategic partnerships with numerous newly independent African states including with Guinea, Mali, Algeria and Somalia, among others. These and other fledgling states were led to independence in the ‘freedom decade’ (approx. between 1957-1967) by armed struggle and/or political action spearheaded mainly by leaders espousing Marxist-Leninist ideals.

The USSR was therefore a ‘natural’ ally and fully demonstrated its willingness and capacity to provide political, materiel and financial support for liberation movements throughout the continent.

After colonialism was largely eradicated in Africa, the USSR strove to dominate and/or influence as many African states as possible away from western powers.

It played a tough and rough game and entrenched itself with a series of African dictators, including Somalia’s Said Barre and Ethiopia’s Mengistu Hailemariam, Angola’s Agostinho Neto, Libya’s Muamar Gaddafi, Uganda’s Idi Amin and others, sometimes abandoning one tyrant for another according to prevailing political winds.

It was the appearance of Mikail Gorbachev and the subsequent disintegration of the USSR (late 1980s and early 1990s) which again compelled the withdrawal of Russia from the African continent for the next quarter century.

Currently, as the Russian Federation begins to flex its might once again in a renewed Cold War, the Russians are back, wooing African states with promises of technical, economic and diplomatic assistance.

Vladimir Putin is proactively engaging both overtly and covertly as we have seen in conflict riven countries such the Central African Republic. Taking a cue from the American method in Iraq and Afghanistan, Russia has inserted numerous personnel throughout Africa as ‘private contractors’.
Russia’s engagement does seem sinister and it might well be so.

It then which powerful country has ever involved itself in Africa without harboring an ulterior motive? Africa and Africans are by now well aware that their continent has become earth’s latest and perhaps last frontier to exploit.

As proprietors of the new Frontier of Opportunity, we Africans should, must and had better appreciate and utilize our continent’s irresistible attraction to the developed world and emerging economies.
Africa has lost out badly before-thrice:

*other centuries and decades under degradingly brutal and brutalizing colonialism

Let’s learn the bitter lessons from our past and chart a future we can have and deserve. Africa welcomes all foreigners-it has forever been hospitable, greeting newcomers with fanfare, colorful ceremonies and song. Let’s welcome the renewed attention but with caution and firmness.

We must beware that one of the favorite tactics of competing interests is to profit by divide and conquer.

Africa should not fall into such a trap. Doing so is no less treasonous than those traitors of old who captured and sold off their brothers and sisters to to people from the same nations that are currently locking their lips when they think of untapped African wealth. 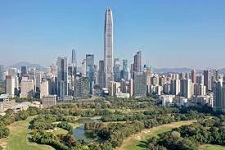