By Endale Assefa – With the commencement of the Ethiopian New Year, an increased number of Bird attacks on aircrafts might occur in the aviation industry following the seasonal change and significant number of bird migration in September and October, sources from the Ethiopian Civil Aviation Authority disclosed.

The Ethiopian Civil Aviation Authority (ECAA) believes that the majority of wild life and bird strikes with Airplanes in Ethiopia occur in September and October. However, actual statistical records of the last five years taken at Bole international Airport seem to testify otherwise. The variation could be because ECAA, as a federal bureau is perhaps talking from the broader national perspective; while the case at Bole International Airport is just the tip of the ice-berg.

The most disastrous bird attack in Ethiopia was recorded 32 years ago. It is recalled that a flock of speckled pigeons collided with Boing-737 in 1988 during takeoff in Bahir Dar Airport resulting in the most catastrophic bird strikes ever recorded in Ethiopia. This single incident has claimed the lives of 35 people-the deadliest accident ever recorded due to wildlife attacks. On another occasion, the airline’s DHC-6 aircraft was struck by wildlife off Addis Ababa International Airport on October 1995 causing the crew to sustain serious damages and seriously damaging the plane.

Studies show that wildlife species involved in strikes have significantly amplified in the recent periods. The aircraft traffic volume has also increased significantly. The existence of wildlife’s near airport maneuvering area and flight pathways are causes of critical hazards for aircraft operation, particularly during landing, take-off, climb and approaches when one or more of the engines, dome, landing gear, fuselage, and windshield can jeopardize the safety of flights. 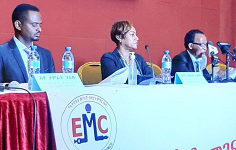 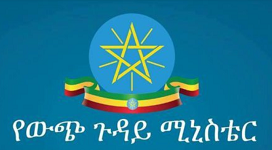