By Elman Abdullayev – Heydar Aliyev is the leader who founded modern Azerbaijan, becoming true legend of his time. The history remembers him as unique personality, powerful head of state, dedicated man and legendary figure able to take on his shoulders difficult historical burden of state building.

His invaluable contribution and service to Nation enabled the young state to stand on feet and to enter into the 21st century as strong and sustainable independent country. A part of history of Azerbaijan, covering the period from the late 1960s to the beginning of the 21st century is associated with the name of Heydar Aliyev.

Heydar Aliyev’s return to politics following insistent public urge was instrumental in restoring domestic stability and initiating Azerbaijan’s further development. At this crucial period of country’s history at the request of the Azerbaijani people Heydar Aliyev returned and on 15th of June 1993 was elected as the Chairman of the Parliament of Azerbaijan. Heydar Aliyev, who could not stand indifferent towards misfortune of his nation accepted the persistent invitation of his people. In October of the same year Heydar Aliyev was elected President of the Republic of Azerbaijan.

HEYDAR ALIYEV – FOUNDING FATHER OF THE MODERN AZERBAIJAN
Heydar Aliyev was born on 10 May 1923 in Nakhchivan, Republic of Azerbaijan. During his political career he held high level official positions in former USSR (Soviet). Since 1965 he held the post of deputy chairman, and since 1967 – chairman of the Committee of State Security under the Cabinet of Ministers of Azerbaijan, he had rank of lieutenant general.

In October 1987, Heydar Aliyev, as a sign of protest against the policy pursued by Politburo of the Central Committee of the Communist Party of the Soviet Union and personally the Secretary General Mikhail Gorbachev resigned from his post.

In bound with the tragedy, committed on 20 January 1990 in Baku by the soviet troops, Heydar Aliyev arrived the next day with his family members to Representation of Azerbaijan in Moscow, called this brutal invasion and killings by soviet troops as crime against his people and demanded to punish the organizers and executors of this crime. As a sign of protest against the hypocritical policy of leadership of the USSR and discrimination against his people in July 1991, he left the Communist Party of the Soviet Union.

Being an outstanding politician and statesman, indisputable leader of the nation, he was a legend, and therefore the Heydar Aliyev phenomena always attracted attention and the admiration of millions.
By his competent and decisive actions as the head of state, Heydar Aliyev was able to eliminate social tensions and to prevent civil war in Azerbaijan. He began the process of building strong and independent state in accordance with international norms and principles, created conditions for comprehensive development.

Heydar Aliyev’s return to the power was a real salvation for Azerbaijan. Successive measures were taken to eliminate the problems that arose during the ignominious leadership of the former government. Thus, June 15 entered the history of the country as the National Salvation Day. From this moment, the country’s rapid development both economically and politically began. Despite of all obstacles, public-political stability has been restored in the country.

Restoration and richening of the statehood traditions of Azerbaijan in late XX century, strengthening of independence of Azerbaijan and making it eternal and firm, assurance of the country’s dynamic economic development, rapid growth of its international prestige was guaranteed thanks to the fruitful activity and great vision of Heydar Aliyev.

Besides achieving a political stability in Azerbaijan, Heydar Aliyev laid the foundation for the economic independence of the country. Heydar Aliyev’s multi-vector, pragmatic and balanced foreign policy policy led to constructive relations with global powers and international community as a whole.

Heydar Aliyev’s philosophy of Azerbaijanism, after gaining independence, provided a strong ideological ground for the statehood and national unity.

Thanks to his leadership and his great vision, Azerbaijan has earned a respectable and influential position in the international arena in a very short period of time. The name of Great Leader became symbol of devotion to Native Land, love for Motherland and dedication for the future of the Nation.

Today, the People of Azerbaijan are proud of the Great Son of this Land, who devoted all his life to faithfully serving the people and motherland in the most difficult period of the history. The bright memory of Heydar Aliyev, the national leader of the Azerbaijani people, wise leader and genius personality lives in the hearts of millions. 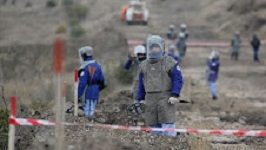 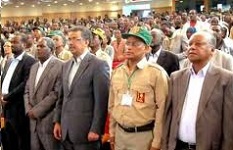