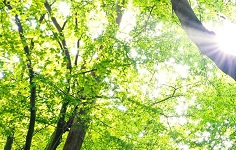 In early March 2021 the seventh African Regional Forum for Sustainable Development (ARFSD7) took place in the Brazzaville, Congo. The Forum took place under the theme of “Building forward Better: Towards a resilient and green Africa to achieve the 2030 Goals and Agenda 2063”.

When the ARFSD7 closed, it was clear that Africa had put the green economy at the center of the continent’s COVID-19 responses and economic recovery. The ARFSD7 culminated in the consensus key messages document and Brazzavile Declaration as conference outcomes to be implemented by regional governments. The Forum highlights will also be presented at the UN High Level Political Forum in July.

The ARFSD7 outcomes make a compelling case for the prioritisation of nature-based solutions solutions to environmental and societal challenges. This is one of the prominent features of the Africa Day at the HLPF, in recognition that climate change is directly impacting Africa’s ability to realise its sustainable development goals (SDGs) and the aspirations of Agenda 2063.

Africa’s biodiversity endowments, including Cuvette Centrale peatlands in the central Congo basin, the world’s largest tropical peatlands estimated to store the equivalent of three year’s worth of the world’s total fossil fuel emissions, were a key focus of discussion in ARFSD7. The Brazzaville Declaration invited “development partners to mobilize the necessary financing for the operationalization of the Blue Fund for the Congo Basin, in order to support the member countries of the Congo Basin Climate Commission in reconciling efforts to combat climate change with economic development.”

The Blue Congo Basin Fund, which promotes the “Blue economy” in the Congo Basin, is an innovative financial mechanism advanced by the 16 Central African basin nations to facilitate sustainable water based economy, enhance carbon sequestration and reduce deforestation. ”.

Three months after the he Brazzaville Declaration, Gabon became the first country the first African country to be paid for reducing carbon emissions by protecting its rainforest The country received some $17mn through the Central African Forest Initiative (CAFI) as remuneration for reducing carbon emissions through intensive forest protection. This development aptly captured the core of the Brazzaville Declaration, which called upon all “African countries to redefine and develop economic models that incorporate the protection of natural resources, the promotion of renewable energies, the development of green and resilient infrastructure and inclusive digitization.”

The AU alongside the ECA and the United Nations Development Programme (UNDP) have collaborated in ensuring these nature-based initiatives are inclusive. This joint coordination of synergies is also fine-tuning the African Green Stimulus Programme (AGSP) and the African Climate Change Strategy 2020-2030 to sustain ambition and promote implementation of SDGs, amplify attainment of Agenda 2063 and enhance climate action.

Beyond terrestrial resources, ARFSD7 was all-encompassing as it also mapped out Africa’s mangrove coverage and sea grass habitats acknowledging marine resources as vital carbon sinks and critical buffers for preventing coastal erosion. Seagrass and mangroves which cover more than 3.2million hectares of the continent have proven capacities to absorb upwards of three to five times more carbon than tropical forests.

“Carbon off-sets provide an opportunity for Africa to tap into the value of its natural assets by factoring in carbon sequestration values in line with the principles of Article six of the Paris Accord.” The ECA’s Building forward for African Green Recovery Report which was launched on the sidelines of the ARFSD7 notes.

“Carbon trading deals are already being done in Africa, with some success. The lack of global monitoring, the relatively low cost of carbon and limited capacity in African financial markets however have remained barriers to this becoming a meaningful financing opportunity for Africa.”

Gabon’s forest earnings underscore the need for the integration of carbon credits in economic planning for Africa. It also fits in with the core objective of the Africa Day, which is “to share good practices and lessons learned regarding African countries’ endeavors in their implementation of the Sustainable Development Goals (SDGs) and Agenda 2063 priorities.”

In the same vein are other notable examples like South Africa and Kenya who have initiated their respective Rhino bonds. Others include the Congo’s Blue Bonds, Great Green Wall of the Sahel, Morocco’s and Egypt’s solar adoption and Ethiopia’s Green Legacy initiatives.

Seychelles has pioneered the nature-based solution as a financial instrument in 2018 with its Blue Economy debt for nature swap, a world first sovereign Blue Bond.

Both Gabon and Seychelles are amplifying Africa’s just transition and implementation of climate action through nature-based solutions. They have also emboldened the adoption of newer and sustainable financing models to supplement conservation of fragile ecosystems and species at risk. These include Climate Swaps and Blue Bonds, Payment for Ecosystem Services (PES) and Conservation Trust Funds (CTF).

Of note is that nature based solutions have crystallized as the mainstay of the Africa Day ministerial parley whose theme is “The Green Recovery: Renewable energy, digitalization, and nature-based solutions for inclusion and resilience in Africa”.

Ethiopia and the Arab Overture, part 2