Malteries Soufflet, a major operator in the world malt market with twenty-seven plants in Europe, Asia and South America, is set to build a malting plant in Ethiopia.

The company has signed a land lease agreement with the Industrial Parks Development Corporation (IPDC). The plant will initially have a capacity of 60,000 tons and will be in service in 2020.

The agreement was signed by W/t Lelise Leme, IPDC CEO and the General Manager of Soufflet Malt Ethiopia, on 13 June 2018, at the Radisson Blu Hotel in Addis Ababa.

The land lease agreement is the culmination of a negotiation between the two organizations, facilitated by the Ethiopian Agricultural Transformation Agency (ATA) and the Ethiopian Investment Commission (EIC). To this end, a memorandum of understanding was signed by Soufflet, EIC, and ATA to build the barley malting plant in Bole Lemi II Industrial Park in Ethiopia’s Oromia region in January 2017.

On the occasion, Ato Khalid Bomba, ATA CEO noted “These kinds of investments represent Ethiopia’s progression from subsistence, production-based agriculture to commercialization and agro-processing. This shift is critical for the transformation of the agriculture sector and the country’s economic development.”

W/t Lelise Leme, IPDC CEO, said “This venture will have multiple impacts on the Ethiopian economy by creating a market for smallholder barley farmers, opening up employment opportunities for youth, and providing relief to the country’s foreign currency challenge by reducing its malt imports.”

Although barley production and productivity has grown tremendously in recent years, Ethiopia continues to import nearly 70% of its malt. The emergence of numerous breweries, both domestic and international, means that the demand can be expected to grow, and the country needs rapid solutions to the shortage in domestic supply.

“Ethiopia is an attractive country to invest in because of its vast, yet largely untapped potential,” stated Mr. Christophe Passelande, CEO of Malteries Soufflet, “The country’s barley production capacity, the malt demand growth, coupled with Soufflet’s extensive international experience, promises a successful collaboration.”

“Ethiopia’s development model relies on agriculture, the most dominant sector of its economy, serving as an engine for industrialization,” said Dr. Belachew Mekuria, EIC Commissioner, “We are pleased with Soufflet’s investment because it marks an intersection between the two and showcases the possibilities for international investment in this country.”

The signing ceremony took place in the presence of senior representatives from the partner organizations, as well as the Ministry of Agriculture and Livestock Resources, Ethiopian Institute of Agricultural Research, Oromia region, and others. 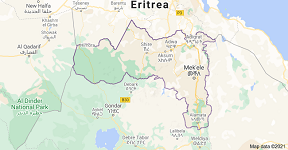