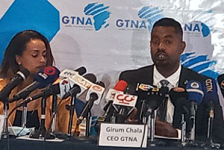 Global Television Network of Africa (GTNA), a PanAfrican media house under-formation has secured 5,000 square meters of land from the capital of Ethiopia, Addis Ababa City for the construction of its headquarters.

This is announced this morning by CEO of the GTNA, Girum Chala, who indicated that the company will built state of the art headquarters for the upcoming soon media house that aims to portray the true economic, political, and social picture of Africa and its people for the global audience.

Mr. Girum told NewBusinessEthiopia.com that his team is “happy for the cooperation interest of the Addis Ababa City Administration in hosting the panAfrican media house, which will soon be the voice of all voiceless Africans.”

“We will leave no stone unturned to make the GTNA plans a reality. Ethiopia and Generally the continent of Africa deserve a higher cause,” Girum posted on his social media page.

After the disinformation campaign launched against the Government of Ethiopia in relation to the war in the northern part of the country with the extremist group Tigray peoples Liberation Front (TPLF), many people have been stressing the need for Ethiopia and other African countries to have their own strong international media that shows the facts on the ground and counters such disinformation campaign by the giant media, which serves the national interests of their owners – the powerful countries.

The announcement about GTNA’s securing land came a few days after Prime Minister Abiy Ahmed of Ethiopia called on African leaders to have a panAfrican media house that narrates the true stories of Africans.

In the coming weeks it is expected that GTNA will embark on mobilization of required financial investments and human resources for the realization of the envisage panAfricam media. 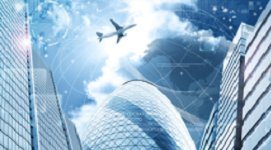 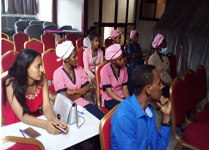