Africa is being exploited by foreign multinational companies in the name of attracting foreign direct investment, which in reality if foreign direct exploitation, says Esther Muchiri, Legal Consultant and Lecturer at Norman Otieno & Co. Advocates in Kenya.

She made the statement on Wednesday speaking at the 7th Pa Africa Conference on tax and illicit financial flows held in Nairobi, Kenya from October 1-3, 2019. She criticizes the tax incentives African countries are offering to multinationals.

You may watch the clip below for more.
[embedyt] https://www.youtube.com/watch?v=3kCl8W_d-r0[/embedyt]

Partners to provide E-Learning for African Financial Institutions in Africa 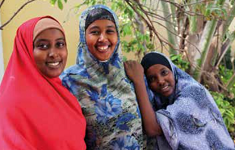