The agreement is signed between the Finance Minister of Ethiopia Ahmed Shide, and Ambassador of Switzerland in Ethiopia Tamara Mona. The deal is said will encourage investors from Switzerland to invest in Ethiopia and Ethiopians interested to access Switzerland market or work with Swiss companies.

At the signing ceremony it is indicated that the two countries have undertaken three rounds of negotiations before finally deciding to lift double taxation, which has been one of the bottle necks in boosting business ties between the two countries.

Before 2020, multinationals could negotiate preferential rates with the Swiss cantons in which they were based. Tax is based on the company’s net profit for the year. For companies based in Switzerland, this applies to their worldwide income, whereas non-resident companies only have to pay on profits made in Switzerland.

Sole proprietors are responsible for reporting and paying tax on their private and business income – including profit, salary, interest, and income from elsewhere.

Holding companies are exempt from income tax on the cantonal and communal levels, meaning they only pay federal corporate tax at an effective rate of 7.83%.

To qualify, the company must: be responsible for holding or management of long-term investment in related companies; have only minor commercial activities; have two-thirds of its total assets in qualifying shareholdings – or derive from dividends from qualifying companies.

Mixed companies in Switzerland only need to pay a cantonal or communal corporate tax on a certain quota of their foreign income. This means the overall tax rate they’ll pay is around 8.5% to 10.5%. 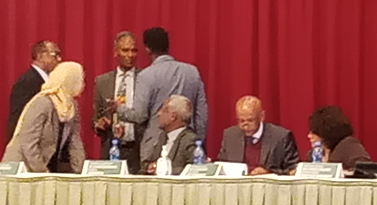 What to expect from Ethiopia’s ruling party upcoming assembly