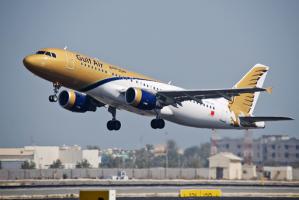 Gulf Air, the Kingdom of Bahrain’s national carrier, will introduce a permanent increase to its Istanbul service with daily flights on the route effective early November 2017.

The increase is in direct response to passenger demand, increasing the number of convenient flight options offered by the airline and giving passengers greater flexibility and choice when travelling to and from Istanbul. Last year Gulf Air celebrated the 30th anniversary of its direct, nonstop service to and from the city of Istanbul in the Republic of Turkey.

Launched in 1986, Istanbul is one of the airline’s main tourist destinations with growing numbers of passengers from Bahrain and the GCC throughout the year. Gulf Air’s Deputy Chief Executive Officer, Captain Waleed Abdul Hameed Al Alawi, commented on this growth saying: “Gulf Air’s Istanbul route performance to date has been promising with consistently strong passenger demand throughout the year.

Offering our valued passengers a daily service to and from Istanbul meets their travel needs, further reinforcing the strong historic ties between Bahrain and Turkey and our airline’s key role in encouraging two-way travel, trade, tourism and investment opportunities.”

Gulf Air, the national carrier of the Kingdom of Bahrain, commenced operations in 1950, becoming one of the first commercial airlines established in the Middle East. Today, Gulf Air is a major international carrier serving 42 cities in 25 countries spanning three continents.

The airline operates double daily flights or more to 10 regional cities, in addition to select destinations in the Indian Subcontinent and Europe, from its hub at Bahrain International Airport. Gulf Air currently serves all its destinations with a combination wide and narrow body fleet totalling 28 modern aircraft with orders for 39 new Boeing and Airbus aircraft due for delivery commencing in early 2018.

The modern fleet will herald a new era for Gulf Air as it continues to enhance its product and service offering. Renowned for its traditional Arabian hospitality, evidenced by the airline’s signature family and business friendly products, Gulf Air is committed to being an industry leader and developing products and services that reflect the evolving needs and aspirations of its passengers.