Ethiopia has lost 5,118 lives in one year due to road traffic accident, while over ten thousand are have survived heavy and light injuries.

The growing number of causalities due to road traffic accident which reached 5,118 last Ethiopian fiscal year ended July 7, 2018, has forced the country to start installing speed limiting on every car in the country, according to this morning police report on state broadcaster – ETV. Out of the total over 4,000 deaths were registered in Oromia region of Ethiopia.

Reports show that the loss of thousands of lives and tens of thousands of injuries has been costing Ethiopia hundreds of millions of dollars directly and indirectly. Speed is one of the major reasons causing the death of thousands of people, according to the report. It is indicated that for the past three years, the country has been studying on how to implement installation of speed limiter.

It is estimated that currently there are a total of around one million vehicles in Ethiopia, of which the majority are very old, highly pollutant to the environment and health of the people. rundown. Based on the experiences of other countries, it is believed that installation of the speed limiters on vehicles with reduce the number of fatalities in Ethiopia due to road traffic accident. 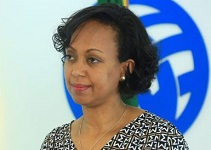 COVID-19 deaths in Ethiopia increase to 17