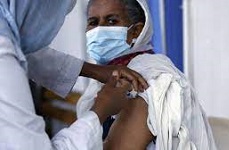 Today, President Biden of the United States is set to announced a historic vaccine donation including purchase and donate half a billion Pfizer vaccines of COVID-19 to 92 low- and lower middle-income countries and the African Union.

This is the largest-ever purchase and donation of vaccines by a single country and a commitment by the American people to help protect people around the world from COVID-19, according to the press information from the White House. “President Biden will also call on the world’s democracies to do their parts in contributing to the global supply of safe and effective vaccines. The goal of today’s donation is to save lives and end the pandemic and will provide the foundation for additional actions to be announced in the coming days,” the statement said.

Thanks to the success of our vaccination program, the United States is beating COVID-19 here at home. 64% of adult Americans have received at least one shot in just four and a half months, daily death rates are lower than at any point in the pandemic, and our economy is rebounding. Now, the United States is using the power of our democracy, the ingenuity of American scientists, and the strength of American manufacturing to beat the pandemic globally by helping to vaccinate the world.

Today’s historic announcement comes on the heels of President Biden’s donation of at least 80 million vaccines from the United States’ supply by the end of June. Additionally, the United States has contributed two billion dollars to COVAX, more than any other nation—and is supporting local production capacity abroad for safe and effective COVID-19 vaccines, including through the Quad initiative.

President Biden has been clear that borders cannot keep this pandemic at bay and has vowed that our nation will be the arsenal of vaccines. The historic step the President will announce today therefore protects the health of the American people and the people throughout the world who will benefit from these life-saving vaccines.

Specifically, the actions the President will announce today will:

PROVIDE A HALF BILLION PFIZER VACCINES TO LOW-INCOME NATIONS AROUND THE WORLD:

Today, President Biden will announce that the U.S. government will purchase half a billion doses of Pfizer–BioNTech COVID-19 vaccines and donate to 92 low- and lower middle-income countries and economies as defined by Gavi’s COVAX Advance Market Commitment (AMC) and the African Union. The vaccines will start shipping in August 2021. 200 million doses will be delivered by the end of this year and the remaining 300 million will be delivered in the first half of 2022. The U.S. will allocate these doses to low and lower-middle income nations around the world, working through COVAX to deliver them.

Today’s announcement will provide mRNA vaccines that have proven to be highly effective against COVID-19, including against all known variants. Tens of millions of Americans have benefited from these safe and effective vaccines and this historic donation will bring the life-saving benefits these vaccines provide to some of the most vulnerable populations around the world.

Pfizer plans to produce these half a billion doses in the U.S. at their facilities in Kalamazoo, Michigan, which employs more than 3,000 American workers; McPherson, Kansas, which employs almost 2,000 workers; Chesterfield, Missouri, and Andover, Massachusetts, which employ 700 and 1,800 workers. 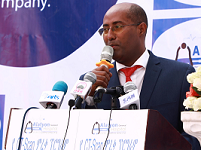