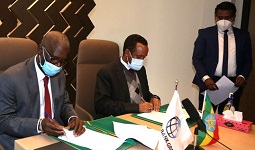 The World Bank has signed an agreement this week with the Government of Ethiopia to grant the Eastern African country $80 million.

The deal is signed between the Ministry of Finance of Ethiopia and the World Bank on September 23, 2020 aimed at supporting the completion of projects started during the second phase of Agricultural Growth Program (AGP II). The Grant finance supports second phase of the Government’s flagship Agricultural Growth Program that aims enabling smallholder farmers by creating job opportunity, additional income generation, building value chain to improve their livelihood & nutritional status by accessing market, irrigation and other infrastructures.

During the signing in Addis Ababa it is indicated that the grant will be used to finance the completion of already started Small-Scale Irrigation Development and Agricultural Marketing and value Chain Development schemes as well.

The Financing Agreement was signed by H.E. Ahmed Shide, Minister, Ministry of Finance and Mr. Ousmane Dione, The World Bank Country Director for Ethiopia, Eritrea, Sudan and South Sudan, on behalf of the Ethiopian Government and the World Bank respectively.

At the signing ceremony H.E Ahmed Shide stated that, The World Bank has played an indispensable role in reducing poverty and improving the living standard of Ethiopians. He also added that, The Bank supporting agricultural productivity increasing, enhancing market performance and facilitating value addition, commercialization of smallholder farmer’s projects. 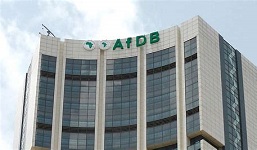