The Corporate Tax Haven Index (CTHI) by Tax Justice Network launched yesterday shows how the United Arab Emirates (UAE) and Mauritius are among the most corrosive corporate tax havens against African countries.

Kenya and Mauritius signed a Double Taxation Avoidance Agreement (DTAA) in May 2012 which Tax Justice Network Africa (TJNA) successfully challenged in the Kenyan high court. The CTHI reinforces the importance of the Kenya High Court ruling that declared the Kenya-Mauritius treaty null and void by demonstrating the dangers of DTAA signed with tax havens such as Mauritius and UAE in facilitating aggressive tax avoidance resulting to significant revenue loss for many African countries.

The study reveals the nature of secretive tax havens behind failure of the global corporate tax system. CTHI identifies a global network of countries whose jurisdictions are most responsible for aggressively undermining the ability of governments across the world to meaningfully tax multinational corporations (MNC). An estimated $500 billion in corporate tax is dodged each year globally by multinational corporations.

The CTHI shows an aggressive dispossession of low-income countries’ tax rights spearheaded by the United Arab Emirates (UAE), the UK and France who take advantage of minimal if not non-existent transparency, systemic loopholes and non-implementation of anti-avoidance mechanisms.

Specific to Africa, the UAE and Mauritius, are the continent’s most aggressive countries in terms of driving down the withholding tax rates of countries’ through treaties.

Many African countries are increasingly opening themselves to such exploitation. For instance, in April 2019 President Uhuru Kenyatta re-signed a DTAA with Mauritius creating a legal conundrum over the treaty, soon after the court ruling invalidated an earlier agreement following TJNA’s petition.

Mr Alvin Mosioma the Executive Director of TJNA said: ‘’It is unacceptable that the Kenyan government is shifting the burden of taxation to the ordinary citizen, while deliberately opening doors for the wealthy elite and unscrupulous MNCs to evade and avoid taxes through DTAAs with secretive tax havens. As confirmed by the recent IMF study and contrary to popular claims, DTAAs signed by African countries with tax havens do not lead to increased investments’’.

Similar to the High Court ruling, this study underscores the position that DTAAs are often abused and provide loopholes for tax avoidance practices taking away revenues these countries direly need to finance their government programs.

TJNA affirms its demand that the Government of Kenya and other African Governments should review the old and outdated DTAAs particularly with tax havens including those with UAE, Netherlands, and Mauritius and ensure that those currently under negotiation do not undermine domestic resource mobilization efforts.

‘’Efforts by African countries to address poverty and achieve sustainable development goals will remain a mirage if these countries do not stem Illicit financial flows and invest in building equitable tax systems’’ said Mr. Mosioma.

The rankings of the Corporate Tax Haven Index can be found here. 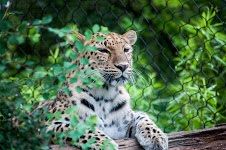 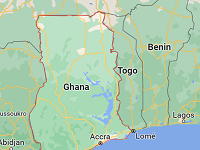