The African Development Bank Group (AfDB) and the Government of Korea have officially launched preparations for the Bank’s 2018 Annual Meetings, to be held in Korea.

“We are prepared and happily look forward to hosting next year’s Meetings of the African Development Bank,” Korea’s Vice-Minister of Strategy and Finance, Hyoung-Kwon Ko, said on Tuesday, September 19, during the kick-off meeting in Seoul.

The Minister’s comment followed the signing of a Memorandum of Understanding (MOU) on modalities for the organisation of the Annual Meetings with AfDB Secretary-General, Vincent Nmehielle.

“We are quite satisfied with the Korean Government’s excitement and dedication to host the Meetings,” the Secretary-General said. “The signing of the MOU is a significant step, kick-starting preparations for the organisation of the Bank’s foremost statutory Meetings next year,” he added.

The Secretary-General led a team of Bank staff on the 10-day Annual Meetings Preparatory Mission, which discussed roles, resources and modalities for hosting the Bank’s flagship event with Korean officials led by Yoon Taesik, Deputy Director-General of Strategy and Finance and Head of the Annual Meetings Secretariat.

The Bank delegation also visited the Convention and Exhibition Centre in Busan, the main venue of the gathering. It met with public- and private-sector partners and service providers, including hotel, airline and telecom operators, as well the top hierarchies in the finance, security, immigration and tourism services in Seoul and Busan.

An aide memoire, which specifies the roles and contributions of each party toward hosting the event, was also signed by Deputy Director Yoon Taesik and AfDB Security Chief and Head of Technical Annual Meetings Preparatory Committee Leader, William Godbout. The partnership between the AfDB Group and the Republic of Korea began in 1980 when Korea joined the African Development Fund. 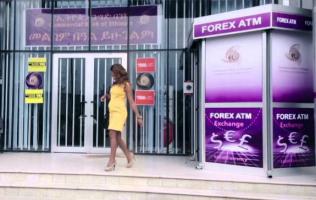