Out of the total 1.2 billion birr tax (close to $43 million) income the Tigray Region of Ethiopia has collected in the first six moths of Ethiopian fiscal year started July 8, 2018, over 50% has come from political party companies.

Most of the tax income has come from party companies known as Endowments of Endowment Fund for the Rehabilitation of Tigrai (EFFORT). In the six moths period Mesobe Cement has collected over 430 million birr in taxes including Vale Added taxes (VAT). Another party company Trans Ethiopia has also collected around 200 million birr VAT, according to South TV report.

Located in the northern part of Ethiopia, Tigray Region has nine regions (kililat) of Ethiopia. Tigray is the homeland of the Tigrayan, Irob and Kunama peoples.

Until the reformist prime Minister Abiy Ahmed came to power about a year ago, the Tigray Peoples Liberation Front (TPLF) has been dominating the Ethiopian politics after overthrowing Mengistu Haile Mariam’s Derg Regime with arm struggle in May 1991.

Engaged in transporting fuel and cargo, Trans Ethiopia, is one of the over a dozen mega companies owned by the TPLF. While Express Transit Service has been providing fright forwarding and shipping services in Ethiopia.

Mesobe Building Materials Production, also known as Mesobe Cement, is one of the biggest cement factories in Ethiopia owned by TPLF. It has been favored by the government to supply cement to major government infrastructure projects, including to the Great Ethiopian Renaissance Dam (GERD).

Almeda Textiles is also another mega company of TPLF, which has been supplying military uniforms to the government, among other export items.

The other major company of TPLF is Addis Pharmaceutical Factory, which has an annual production capacity of 1.2 billion tablets, 19 billion ampoules, 10 million vials, 4 million ointment tubes and 9.6 million bottles of syrup.

In addition, Sur Construction is also one of the biggest construction companies in Ethiopia easily securing government road construction and related projects. Mesfin Industrial, which is engaged in car assembly and manufacturing body of trucks, has also bee in the market for over a decade. EFFORT also runs mining companies such as Ezana Mining and Saba Dimensional Stones.

Reports show that political party companies in Ethiopia have been enjoying special treatment from the government making the operations of the private sector tough. Party-affiliated endowments have taken many of the business opportunities left for private engagement. 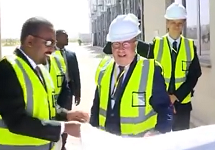 Which hotel brand to join if you have $200 thousand? 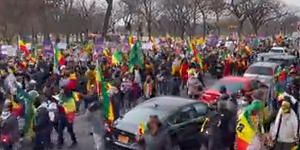 Changing disastrous US foreign policy in Horn of Africa