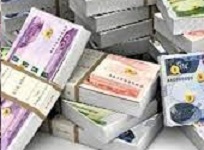 Ethiopia’s tax income for the first eleven months of the current budget year started July 8, 2020 has increased by about one billion dollars.

The east African country has collected a total of 259 billion Birr (about $5.9 billion) during the first eleven months of its budget year. Compared with the previous year the same period, the country has increased its income by 42 billion birr (about $959 million) or 19 percent.

The announcement is made by Prime Minister of Ethiopia Abiy Ahmed, who made budget speech on Monday at the Parliament. He indicated that the Ministry of Revenue has achieved its target for the eleven months period by 98 percent.

“We need to sustain this growth,” he said, indicating that the Government’s efforts to increase its income has been bearing fruits though Ethiopia is still among the least countries in Sub-Saharan Africa in terms of tax to GDP ratio.

During the Parliament session, Ethiopia has approved the proposed 476 billion birr (about $13.9 billion) total national budget of the country for the next budget year, which will start on July 8, 2021.

Despite challenges from COVID-19, locusts, flood, unfinished projects, conflict and global inflation, this year’s growth is expected to be more than 2011 E.C. (9%) following the income from summer farming and export of fruits, coffee and minerals.

Revenues: It was planned to bring in 260 billion birr, 98 percent of which was achieved and more than 142 billion birr increased. Increasing foreign market capacity and revenue collection need to be continued.

Well-monitored projects such as parks, industry and agro-industry have achieved better performance. It is important to realize that the completed projects had the potential to be completed in lesser time. It is the duty of all to work diligently and quickly.

Regional Budget: We need to make good use of our extra-budgetary resources. For example, more than 1000 kg. of gold was traditionally prepared and marketed. Budget performance needs to be carefully evaluated to identify the cause of the delay and act.

On Tigray
– We have had no aspirations to engage in conflict yet TPLF posed a threat on four fronts:
⁃mobilized irregular forces siphoning national institutions and resources
⁃mobilizing paid elements across the country given the mission to destabilize & multiply instability;
⁃mobilizing the people of Tigray for war despite the numerous livelihood challenges of the people
⁃attacking the Northern Command of the ENDF;

These threats pulled the Federal Government into a conflict it was forced to engage in.
-Sacrifices being made in the Tigray region to restore services and repair basic infrastructure have cost us the lives of personnel in the line of duty as the criminal clique attacked these individuals.
–  Gains made in addressing the TPLF threat:
⁃we have taken back weaponry seized illegally from the Northern Command
⁃decreased the effects of the attempts to divide the Ethiopian society
⁃apprehended key leadership of the criminal clique

On Diplomacy
There are many Ethiopians abroad who are doing remarkable work promoting their country without pay, comparable and at times exceeding our foreign missions.

On General Elections
The value we place on peace is priceless. It’s the basis for our national prosperity.
The recently concluded 6th National Election is testimony that #Ethiopia won. The efforts of EBEthiopia, our courts, media and political parties in this process is commendable. The collective responses show that all of us want #Ethiopia to win.” 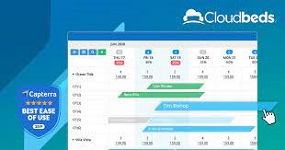