Addis International Bank, one of the private financial institutions in Ethiopia, has made a gross profit (before tax) of 205.2 million birr (about $6.5 million at the current exchange rate) during the year concluded June 30, 2019.

The gross profit is 57.6 million birr (about $1.8 million) or 39 more than the previous year achievement, according to the annual report of the Bank distributed to shareholders about a week ago at the general assembly. Likewise, the net profit of the Bank has increased by 41 percent compared to last year reaching 159.3 million birr (about $5 million) at the end of June 30, 2019.

The total income of the Bank for the year in review has also increased by 37 percent to 672.3 million birr (about $about 21.2 million). “The growth in revenue was mainly a result of the sharp rise in interest income, fees and commission income,” the report stated. It is also indicated that with an increase of 36 percent from the previous year, the expense of the Bank has also increased to 467.2 million birr (about $12.8 million).

The report also stated that earnings per share of Addis International has increased by 20.7 percent, which is 3.6 more compared to the previous budget year.

“It is my conviction that the Bank will continue to grow by providing reliable, innovative and customer friendly banking services with a focus on technology and skill development to improve productivity,” said Hailemelekot Teklegiorgis, Board chairman of Addis International Bank Share Company, in his message to shareholders published on the annual report.

Having a total of 68 bank branches, the eight years old Addis International Bank Share Company has employed 575 workers at the end of June 30, 2019, according to the annual report. 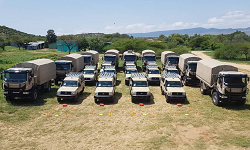 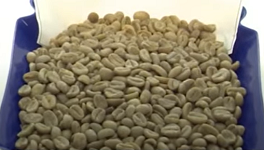