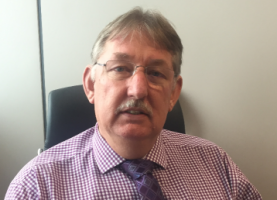 With the aim of improving its performance, the African Development Bank (AfDB) Group appoints five new directors with decades of professional experiences.

Among them is Victor B. Oladokun, who became Director of Communication and External Relations and Abdu Mukhtar, who took the Director of Industrial and Trade Development position at the AfDB.

Speaking about Dr. Oladokun’s appointment, the President of the African Development Bank Group, Dr Akinwumi Adesina said: “Victor Oladokun brings to the Bank strong leadership skills and international reputation as a globally respected media executive. Victor has a solid track record of developing innovative, result-oriented media and communication solutions. He will strengthen the department and build the critical internal and external communications capacities for the Bank, as we ramp up our engagements across Africa and globally.”

Dr. Victor B. Oladokun, joins the Bank as Director of Communication and External Relations at the African Development Bank with effect from September 1, 2017. Dr. Oladokun is a citizen of Great Britain. He is a highly accomplished communications and media practitioner with more than 25 years of demonstrated expertise in public relations, corporate branding, journalism, broadcasting, strategic communications consulting, leadership development, executive coaching, and as an adjunct professor.

Dr. Abdu Mukhtar joins the AfDB as Director of Industrial and Trade Development with effect from September 28, 2017. Dr. Mukhtar is a citizen of the United States of America, and joins the Bank from the Dangote Group of Industries, Nigeria, where he has been the Group Chief Strategy Officer since 2014.

In that role, he has assisted the Group President in setting overall strategic direction for the Company and overseeing key aspects of the strategic planning processes for the group, business units, subsidiaries and associated companies.

Dr. Mukhtar started his career as a Medical Officer at the Ministry of Health in Kano in 1991, and later worked as a Research Associate at the Boston University Medical Centre in the United States of America where he performed groundbreaking research in the Pulmonary Center and cloned a human gene.

Mr. Trevor de Kock has been appointed Director of Financial Management at the African Development Bank with effect from July 1, 2017. A South African national, Trevor is a seasoned professional with more than 25 years of experience in banking, development finance, and treasury and risk management.

Mr. de Kock joined the Bank in 1999 as Division Manager, Financial Technical Services Division, in the Treasury Department, where he was responsible for supporting the development and roll-out of the Bank’s market-based lending products. In 2007 he moved to the Financial Management Department as Division Manager, Treasury Risk Management with the overall responsibility for treasury compliance and risk reporting, treasury risk analytics and treasury information systems.

In her current roles, she has overseen the preparation of the Bank Group financial reports, ensured the maintenance of high fiduciary standards in Bank Group financed projects, and formulated and administered a broad range of financial policies and procedures relating to loan and grant administration.

She joined the African Development Bank in 1991 as a Loan Accounting Officer in the Loan Accounting & Statistics Division and managed a portfolio of loans/grants for a group of assigned countries.

Mr. Jacques Edjangue was appointed to serve as Director of Language Services Department at the African Development Bank with effect from September 1, 2017. Mr. Edjangue is a Cameroonian national and has been the Manager, French Translation Division, since 2011. He joined the African Development Bank as Senior Translator in 2002. He was appointed Principal Reviser in 2007 before becoming a Manager.

He started his career in 1989 as an Intern at the Presidency of the Republic in Cameroon. After 6 years in several Departments of the Cameroon public service, he joined the United Nations Economic Commission for Africa as a Consultant. In 1998, he was appointed Language and Conference Section Head at the International Panel of Eminent Personalities Secretariat set up by the African Union Assembly of Heads of States and Government.

Between 1999 and 2000, Mr. Edjangue served as personal Interpreter to Sir Ketumile Masire, former President of Botswana, and Facilitator of the Democratic Republic of Congo peace process. In 2000, he was appointed Deputy Director and Deputy Permanent Representative at the International Organization of la Francophonie.