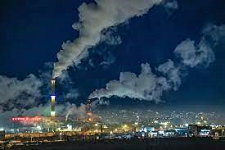 “Mobilizing tax revenues, enforcing tax rules, and mitigating climate change are matters of common concern for countries around the world. International coordination can help in three areas: corporate taxation, personal taxation, and carbon pricing,” the report of IMF said in its second chapter-Fiscal Monitor, stressing that tax coordination can lead to a fairer, greener global economy.

“From a global perspective, insufficient coordination leads to unsatisfactory outcomes. To illustrate, lower income taxation in one country attracts tax bases, and hence revenues, from others, pressuring those countries to also lower their taxes.”

“Similarly, a unilateral carbon tax can curb emissions in one country but can cause production, and therefore carbon emissions, to move to other countries. Uncoordinated actions thus can result in inefficiently low taxes—as reflected in downward trends in corporate and personal income tax rates—as well as inefficient action to mitigate climate change.”

“Whereas effective coordination in corporate and income taxes requires global participation, an agreement among a small number of key emitting countries could curb global warming,” stated the report under its chapter – Coordinating Taxation across Borders.

Corporate tax coordination:
“The historic October 2021 two-pillar agreement under the Inclusive Framework on Base Erosion and Profit Shifting—to date agreed to by 137 jurisdictions—will significantly improve the taxation of multinationals when implemented, but more actions can be taken

– Under Pillar 1, allocating a portion of the tax base to market countries (allowing them to tax even without a physical presence) is more efficient than unilateral digital-services taxes. Although the scope of such a reallocation covers only 2 percent of global profits of multinational corporations, the global revenue impact is broadly comparable with that of revenues from existing unilateral digital-services taxes

– Under Pillar 2, a corporate minimum tax of 15 percent reduces firm incentives to shift profits across countries and puts a floor on tax competition—giving countries room to raise their corporate income taxes, including through revisiting wasteful tax incentives. The minimum tax is estimated to raise global corporate income tax revenues by 5.7 percent through the top-up tax and potentially by an additional 8.1 percent through reduced tax competition. Country and firm responses are essential for realizing the gains.

– Further concrete actions can incorporate the interest of low-income countries, such as agreeing on tax simplification measures, strengthening withholding taxes on specific cross-border payments, and facilitating timely access of country-by-country information on multinationals.

Personal tax and exchange of information
International cooperation on information sharing can curtail offshore tax evasion. Building on progress achieved through the Global Forum on Transparency and Exchange of Information for Tax Purposes, three directions for reform are highlighted:

– As cooperation improves, adjust tax policy, especially in regard to those at the top of the income distribution, in countries where implementation capacity now constrains tax policy choices.

As opportunities expand for cross-border remote work, a bigger segment of the labor income tax base becomes more mobile—estimated currently at 1¼ percent of the global personal income tax base. In the future, personal tax coordination will gain importance and raise issues such as those related to corporate taxation.

Carbon-pricing coordination
As global warming threatens our planet, urgent actions and coordination are required to curtail emissions. Despite progress under the Paris Agreement and the UN 26th Climate Change Conference (COP26), there remain critical gaps in both policy and the ambition for global mitigation.

A small number of key emitting countries could coordinate speedily to deliver the emission reductions required to complement the Paris Agreement. Price-based approaches such as carbon taxation or emission-trading systems are generally the most efficient. However, alternative approaches such as regulations can be accommodated in the same agreement. The following are the main findings.

– Nonpricing policies such as regulations can be accommodated through a consistent cross-country method (outlined in Chapter 2) to map the agreed upon emission reductions into an equivalent carbon price, which can serve as a common metric.

International coordination is essential to overcome the limits of unilateral action. Recent progress in the income tax area has shown that countries can together deliver tangible results. With such progress as inspiration, the priority is to agree on concrete plans to limit global warming to below 2°C, before it is too late: What are we waiting for?”, the report concludes. 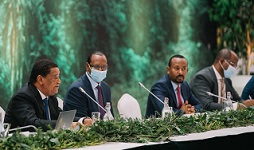