Some of the top athletes of the world including, record holders from Ethiopia, are set to contest at the upcoming Standard Chartered Dubai Marathon is staged on January 24, the organizers said.

Soloman Deksisa (2:04:40) and Seifu Tura (2:04:44) of Ethiopia lead the men’s field, while former winner Worknesh Degefa (2:17:41) and Alemu Megertu (2:21:10) – also from Ethiopia – will head up the women’s elite division when Dubai hosts many of the best marathon runners in the world for the 21st time. With a world-class personal best of 2:04:40, 25-year-old Deksisa is the fastest athlete in the start list. Despite his relatively young age the talented Ethiopian has built up plenty of experience at the marathon distance after a brief track career.

A powerful field of elite athletes from the hotbeds of African distance running will come together for the first major international marathon of the new year in Dubai, according to the press statement from the organizers sent to NewBusinessEthiopia.com.

At the age of just 20, he won the San Diego Half Marathon with a personal best of 60:12, while less than two years later he moved up to the marathon and ran an impressive debut in Rotterdam where he finished second in 2:06:22. Since then he has fully focussed on the 42.195km distance and claimed his first marathon victory in Mumbai in 2018 before winning again in Hamburg a few months later. He capped his best year so far in Amsterdam with a marathon personal best of 2:04:40 that is just one minute outside the Dubai course record set in 2019 by Getaneh Molla.

Deksisa’s compatriot Tura is another of Ethiopia’s crop of rising stars who made an impressive marathon debut with a solid second place in 2:09:26 in Seoul in 2017. Still just 22, Tura enjoyed his best day at the 2018 Standard Chartered Dubai Marathon when he took full advantage of the renowned fast course to carve a big slice off his personal best, improving by over four minutes to run 2:04:44 for seventh. The young Ethiopian has also sealed marathon wins in Milan and Shanghai, while setting a Half Marathon personal best of 59:17 in Buenos Aires in August.

In the women’s field, Worknesh Degefa – Ethiopia’s fastest female marathon runner of all time – will start as red-hot favourite thanks to an enviable record running the flat and fast streets of Dubai.

In 2017, the diminutive 29-year-old stunned an experienced field by winning in Dubai on what was her marathon debut. A year later, she broke the 2:20 mark for the first time but had to settle for fourth, while last year saw her finish second in Dubai in a remarkable time of 2:17:41. Not only did Degefa smash the Ethiopian record by 15 seconds, she also set what is now the fifth fastest time in women’s marathon history.

Held under the patronage of HH Sheikh Hamdan bin Mohammed bin Rashid Al Maktoum, Crown Prince of Dubai, and under the aegis of the Dubai Sports Council, the Standard Chartered Dubai Marathon will be the first major sporting event in what is a historic year for the city with some 30,000 runners expected across three races. 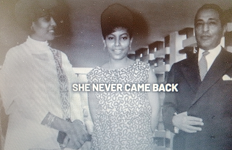