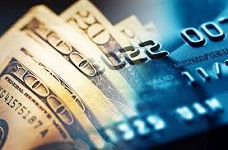 Several heads of state and government, the United Nations and heads of multilateral development finance institutions on Monday called for expansion of the Debt Service Suspension Initiative, under which low-income countries have suspended paying down debt during the Covid-19 pandemic.

The initiative should be widened beyond low-income countries and its current expiration extended to offer much-needed fiscal space, panelists urged in a discussion of international debt architecture and liquidity. The meeting also called for Special Drawing Rights to be reallocated to poorer countries. Prime Minister Justin Trudeau of Canada, Prime Minister Andrew Holness of Jamaica and UN Secretary-General António Guterres convened the virtual meeting.

Debt distress is placing achievement of the Sustainable Development Goals at risk, Guterres said. He commended ongoing efforts to widen debt relief and improve access to special drawing rights but urged more. “I’m calling for bolder and more ambitious measures. A new debt mechanism could provide a menu of options, including debt swaps, buybacks and cancellations,” he said. “This is also the moment to tackle longstanding weaknesses in debt architecture,” he added.

Holness issued a blunt warning. “Debt servicing has come at tremendous socioeconomic costs to our populations, which have borne the burden of steep costs in public expenditures.” He also praised the G20’s decision to extend the debt suspension initiative. “I believe there is a sound basis for it to be further extended to next year. Consideration should also be given to expanding its beneficiaries to include highly-indebted middle-income countries,” he said.

Economic recovery would require a comprehensive approach to increasing fiscal space for poor nations, Georgieva noted. This must include “measures to include revenue collection, spending efficiency, the business environment, as well as very substantial international support, grants and concessional lending.”

She said the IMF had discussed a proposal to allocate an additional $650 billion in special drawing rights, enabling member countries with strong economic fundamentals to divert reserves to low-income and vulnerable countries.

African Development Bank Group President Akinwumi A. Adesina said Africa’s economic recovery would hinge on securing equitable access to vaccines and developing solutions for debt distress. “Africa needs debt relief, debt restructuring and debt sustainability,” he said, pointing out that in the absence of reallocations, low-income countries would receive only about 3.2% of special drawing rights.

The Bank Group President called for the formation of an African financial stability mechanism, modeled on the European Stability Mechanism, to provide jointly guaranteed emergency support. “The mechanism will provide a much-needed fiscal safety net for African economies and help to avoid regional spillover effects of countries falling into illiquidity and insolvency.”

“Trade and debt sustainability are closely linked,” said the WTO’s Iweala. “By closing off export opportunities and lowering commodity prices, Covid-19 has worsened debt dynamics for many developing countries.” She called on governments to “deliver results” at the WTO this year, to reinforce the rules of global trade and pave the way for low-income countries to earn foreign exchange earnings. 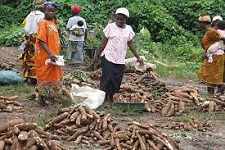 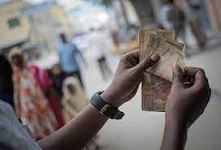