The Government of Ethiopia has invited independent professionals to be part of the national economic advisors council the country is set to launch.

“…To ensure successful implementation and continuity of the ongoing economic reforms and to promote inclusive economic development, the Government of Ethiopia believes it is important to establish an independent national council of economic advisors, ” the Government said in its call for application twitted by the Office of the Prime Minister.

The call of the government came a week after some self-initiated professionals hosted an international conference, Ethiopia 2050, which aims to produce a comprehensive policy advice document on Ethiopian economy bringing scholars from across the world.

The Council is expected to have 15 high caliber members who are independent and provide evidence-based economic policy advice to the government on regular basis. The members of the council are also expected extremely knowledgeable of Ethiopian economy, socio-political context as well as well-respected and established in their respective areas of expertise.

For one to be considered as a member of the council he or she has to be Ethiopian national or Ethiopian origin, according to the announcement, which requested interested individuals to apply in 15 days using the email address of the Office of the Prime minister.

Many especially in the business community has been complaining about policy unpredictability in Ethiopia, which has been affecting their investments negatively over the past years. Some people attribute such unpredictability of policies to the fatal collide of politics with business in Ethiopia as major businesses have been run by the ruling political parties, as endowments, and businesses run by individuals affiliated with the ruling the party and corrupt officials. 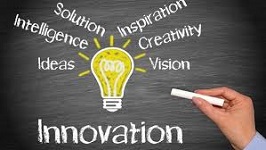