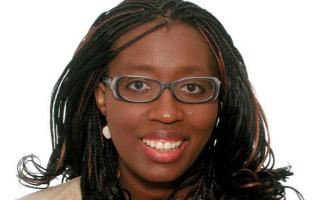 The meeting aimed at renewing the commitment of the two to work together for the economic and social transformation of Ethiopia and the African continent at large, according to the press statement from the UNECA.

The two leaders discussed a number of issues, including the urgent need for the continent to strengthen its domestic resource mobilization so it can fund its development; ongoing Continental Free Trade Area (CFTA) negotiations; intra-African trade; special economic zones; climate change; gender; peace and security.

Ms. Songwe said following Brexit and the new American isolationist policies, there is need for Africa to unite more than ever and take advantage of the gaps being left by the threat against multi-lateralism.

“Of course there is uncertainty at the moment but what makes us happy is that it is happening at a time when Africa is getting its voice back,” said Ms. Songwe, adding the continent must capitalize on the discord being created by dissenting voices against globalization.

“We must unite in Africa as others disperse for we stand a better chance of taking the space others are vacating if we stand as one. We can only weather this storm by working closely together for the transformation of our economies but more so if we rely on our own resources.”

The new ECA Chief said Africa’s institutions need to be reformed if they are to meet the continent’s challenges, including resource mobilization to fund the continent’s development.

For his part, the Prime Minister agreed, adding the spirit of Pan-Africanism embodied in the ECA and her sister organizations, the African Union Commission (AUC) and the African Development Bank (AfDB) should continue to spur the continent’s desire to do more for itself.

“The collective role that these Pan African institutions play adds value in a lot of ongoing work for Africa’s transformation,” said Mr. Desalegn, adding the ECA remains a key player in Ethiopia and Africa’s development.

He thanked Ms. Songwe for her role as a member of Rwandan President Paul Kagame’s committee that has been looking at implementing institutional reforms at the African Union.

The Prime Minister said he was quite happy that Ms. Songwe was appointed the first woman Executive Secretary of the ECA, adding this was a sign that Africa’s women are on the rise.

The two also talked about the host country agreement that governs relations between the ECA and Ethiopia.

Prior to her meeting with the prime minister, the Executive Secretary paid a courtesy call on the foreign affairs ministry where she discussed wide ranging issues concerning Ethiopia and the continent with the state minister for political affairs, Hirut Zemene.

On Friday, Ms. Songwe will meet other dignitaries, including Cameroon’s Ambassador to Ethiopia, Jacques Alfred Ndoumbe-Eboule, who is also the Dean of the Diplomatic Corps, Ethiopia’s State Minister of Finance and Economic Cooperation, Admasu Nebebe, and the African Union Deputy Chairperson, Thomas Kwasi Quartey.